Patricia Lockwood is a rarity in modern America: a poet with mainstream popularity. She’s earned it partly by mastering social media… but mainly with her wry and evocative writing, much of which takes as its subject the piercing of sexual conventions, systemic oppression, and patriarchy.

The most famous example is the devastating “Rape Joke” — the most shared poem in social media history — but in this piece from her new collection “Motherland Fatherland Homelandsexuals,” she showcases an innocent side of her work, reflecting her interest in the years between childhood and adolescence. Says Lockwood, “I know when I was a ten-year-old, I was convinced that I would one day go to Egypt and discover a new Mummy.  So I was thinking about that when I sat down and wrote this.”

(Click here to hear a second Lockwood poem — not included in this collection — called “What Is A Zoo for What.” It was recently published in the New Yorker.) 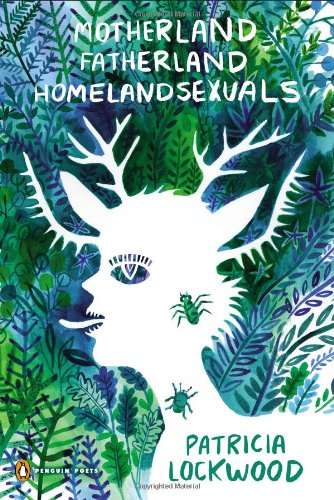 Just as he fell in love with the dinosaurs,
just as he would fall in love with the moon—
no women in the world yet, he was only ten years old.
A ten-year-old is made of time,
the world had forever to learn about Egypt.
He entered encyclopedias and looted every fact of
them and when he had finished looting
there he broke into the Bible. He snuck
into his mother’s room and drew thick lines
around his eyes and those were the borders of Egypt.
He carefully wrote in stiff small birds,
he carefully wrote in coiled snakes,
he carefully wrote in flatfooted humans.
The ten-year-old world needed so much
privacy, he learned to draw the door-bolt
glyph and learned to make the sound
it made. I am an old white British man,
decided the ten-year-old world, I wear a round
lens on my right eye, the Day, and see only a blur
with my left eye, the Night. When the sun shone
on him it shone on Egypt, all the dark for a while
was the dark in the Pyramids, the left lung
of his body was the shape of Africa
and one single square breath in it Egypt.
They never found all the tombs, he knew.
Anyone might be buried in Egypt, thought the ten-year-old
world in love with it, I will send my wind down
into my valley, and my wind will uncover the doors
to the tombs, and I will go down myself inside them,
and shine light on all the faces, and light on the rooms
full of gold, and light on even the littlest pets, on the mice
and the beetles of the ten-year-old kings, and shine light
on even their littlest names.