Billy Collins is the author of fourteen acclaimed books of poetry, a former two-term Poet Laureate of the United States and the recipient of just about every award the poetry world gives out.

His most recent collection, “Aimless Love: New and Selected Poems” samples pieces composed over the last twelve years – over fifty new poems as well as some previously published – and is the rare book of modern poetry to have cracked The New York Times’ Bestsellers list. His popularity is no surprise, though, as Collins’ poetry captures the contemporary American experience in a vividly, at times wryly, observed way that is at once sophisticated and accessible to current audiences.

We would say we were very honored that Collins took the time to talk about his creative process and read a few poems – but, then again, we hear he has some free time.

Brendan Francis Newnam: Billy, I’m guessing that, in some ways, a poet is always working, so I was wondering if, perhaps, you had any flashes of inspiration as you made your way to our studio, today?

Billy Collins: A flash is a little strong. There are a couple of inklings. I took a walk in Central Park. I do have a poem in this new book called “Solvitur Ambulando,” which is Latin for “it is solved by walking,” and the poem is sort of about that belief that, if you have a problem, you take it out for a walk, and you don’t turn around until you have some clarification. So, the poem, really, is about someone who just walks for hundreds of miles without clarification. Walking is always a good time to pick up something. There were some dogs. There was some bird activity.

Brendan Francis Newnam: I was going to say, as a poet, do you look for problems? You’re kind of like “Well, maybe I’ll go find something?”

Brendan Francis Newnam: That brings me to one of the poems I’d like to have you read, called “Cheerios.”

One bright morning in a restaurant in Chicago
as I waited for my eggs and toast,
I opened the Tribune only to discover
that I was the same age as Cheerios.

Indeed, I was a few months older than Cheerios
for today, the newspaper announced,
was the 70th birthday of Cheerio
whereas mine had occurred earlier in the year.

Already, I could hear them whispering
behind my stooped and threadbare back,
Why that dude’s older than Cheerios

The way they used to say
Why that’s as old as the hills,
Only, the hills are much older than Cheerios
or any American breakfast cereal,
and more noble and enduring are the hills,
I surmised as a bar of sunlight illuminated my orange juice.

Brendan Francis Newnam: So, is that an example of just being attentive? 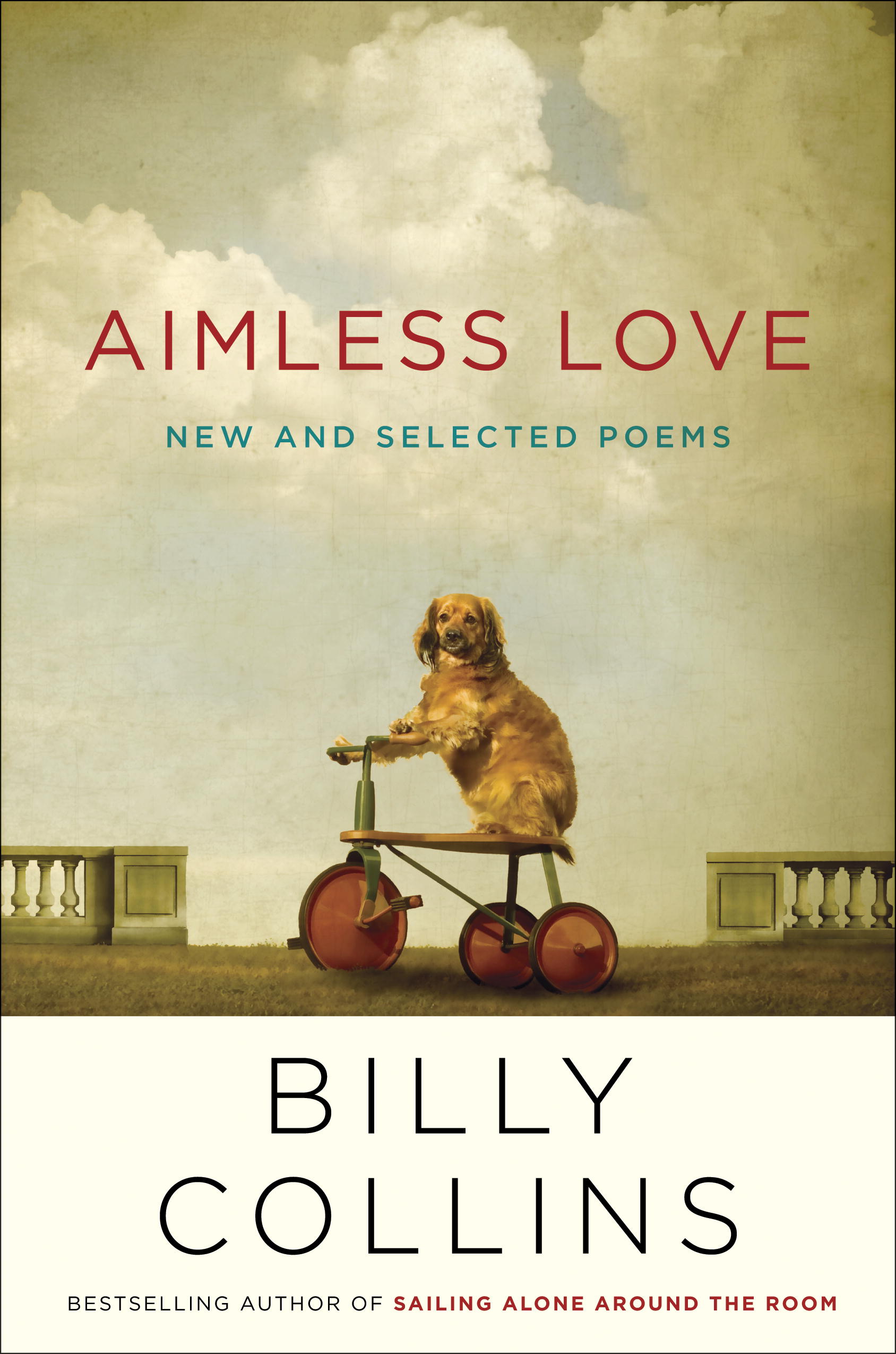 Billy Collins: I think so. I mean, I hate to say that. I hate that expression “true story,” but yeah, I was sitting there, waiting for my eggs and toast, and that was in the Tribune.

Any time you turn a birthday that ends in zero, it comes as quite a shock. In fact, I made up a word, the noun is ‘incredementia’, and incredementia is the inability to believe how old you’ve become. Yeah, so, that was “I was as old as Cheerios” and then I thought, I think it’s also just recognizing that that seemed to have some poetic potential.

Brendan Francis Newnam: But, is that, can you describe that emotion?

Billy Collins: I’m not sure. It’s more than just an interesting experience. It’s really the result of an opportunistic version of experience.

Brendan Francis Newnam: You look at age several ways in the new poems. Another one I think I asked you to read, is “To My Favorite Seventeen Year-Old High School Girl” and age figures into this poem, beyond the title, so if you could read that for us.

Do you realize that if you had started
building the Parthenon, on the day you were born
you would be all done in only one more year?
Of course, you couldn’t have done that alone,
so never mind, you’re fine just as you are.
You’re a love for simply being yourself.

But did you know that, at your age Judy Garland
was pulling down $15,000 per picture,
Joan of Arc was leading the French army to victory,
and Blase Pascal had cleaned up his room?
No, wait, I mean he had invented the calculator.

Of course, there will be time for all that later in your life
after you come out of your room
and begin to blossom, or, at least, pick up all your socks.

For some reason, I keep remembering that Lady Jane Grey
was Queen of England when she was only fifteen,
but then she was beheaded, so never mind her as a role model.

A few centuries later, when he was your age,
Franz Schubert was doing the dishes for his family
but that did not keep him from composing two symphonies,
four operas, and two complete masses as a youngster.
But of course that was in Austria at the height
of romantic lyricism, not here in the suburbs of Cleveland.

Frankly, who cares if Annie Oakley was a crack shot at 15
or Maria Callas debuted as Tosca at 17?
We think you are special by just being you,
playing with your food and staring into space.
By the way, I lied about Schubert doing the dishes,
but that doesn’t mean he never helped out around the house.

Brendan Francis Newnam: Tell me a little bit about that narrator.

Billy Collins: Well, the narrator is, presumably, a parent who is just reacting to the slacker whatever it is of contemporary adolescents, and unfairly, of course, bringing up all of these impossible role models, beginning with the ‘it took eighteen years to build the Parthenon’ and he’s thinking ‘well, if she’d started as an infant’ and then he checks himself. But, he’s kind of a literary guy. He knows about Franz Schubert and all that stuff. But basically, he is just trying to get his daughter motivated, but in all the wrong ways, of course, by comparing her to these success stories.

Brendan Francis Newnam: It’s great. Just one last question that I was thinking about as I was reading your poems, is there a hard part of being a poet? What’s the hardest part of the gig?

Billy Collins: I can’t help this, but Max, the humorous Max Beerbohm, had the answer to that. He said, “The most difficult thing about being a poet is knowing what to do with your remaining twenty three and a half hours a day”.