Director Nanette Burstein is best-known for her documentaries, including “American Teen,” “The Kid Stays in the Picture,” and the award-winning boxing documentary “On the Ropes.” For her newest work, she returns to the world of high-stakes athletics, delving into the dramatic 1994 showdown between top American figure skaters Tonya Harding and Nancy Kerrigan.

Marking the twentieth anniversary of a bizarre incident in which Harding’s associates intentionally injured Kerrigan on the eve of a crucial competition, “The Price of Gold” reexamines what happened, who was really responsible, and the role that a then-new twenty-four-hour cable news media hungry for a juicy story played in the sensationalized events.

Rico Gagliano: So this is a story almost everyone has at least heard of, but maybe for younger listeners, can you just briefly tell us about the incident itself? What happened to Kerrigan?

Nanette Burstein: Well Nancy Kerrigan was going to compete in the National Championships, and as she came off the ice after a practice session, some unknown assailant came out of nowhere and whacked her in the knee and ran off.

Rico Gagliano: This video of this went as ‘viral’ as it could be in a pre-internet age, I guess.

Nanette Burstein: Yeah, it was captured. I mean that was one of the reasons it became such a big story, because you actually had her the moment afterwards screaming, “Why?” and crying.
It was so shocking, and this came at a time where there was 24 hour news programs, and they had to fill the air, and the media just played this top of the hour every single day.

This was the first tabloid story that became part of the mainstream media. I mean, you had the New York Times covering it along with the National Enquirer, along with CNN. People ate it up.

Rico Gagliano: Yeah, and the story just got wilder. It was later revealed that Tonya Harding’s husband Jeff Gillooly and her bodyguard had sort of plotted to hire these guys, the couple of guys to do this to Kerrigan.

I would  like to focus on elements of the story I think would surprise even people who watched it all play out on TV. First of all, this film is surprisingly sympathetic, I would say, towards Tonya Harding, who many people, she says herself in the film, actually remember the story as her striking Kerrigan, which is not the case. Why is she deserving of any sympathy?

Nanette Burstein:  Tonya had an incredibly tough upbringing. Not only very poor, but she 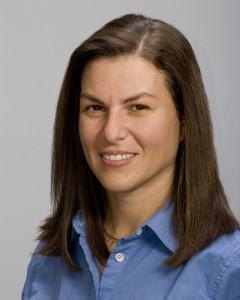 had an incredibly abusive mother, verbally, physically. Then she marries this guy to get away from her mom, who also beats her. So your heart goes out to her in that way.

Now, as you said, there’s empathy to a point, because I think the film is very much on the fence of whether or not she actually was involved in the planning of this or not.

Rico Gagliano: Of course, but in a way you could argue it’s not just her mom who was abusive, it was also the sport itself. I was surprised to find is this kind of restrictive, conservative, almost like a pre-feminist attitude that the powers that be in that sport had at the time. And they really seemed to have it out for her because she was not the kind of ice princess they wanted representing the sport.

Nanette Burstein: Ice skating is a very odd sport. Part of it is athleticism, but the other 50% of your score is “artistry,” you know, being judged on your hair and your outfit and your music, and just if they like your style.

Tonya was a tomboy who would not play the ice princess game. She was incapable of it. So despite her prodigious talent – I mean, just her athleticism in this sport was unparalleled at the time – she could not always get the marks she deserved because she didn’t have the right outfits, she didn’t have the right poise and they didn’t like her image. And there’s no other sport like that. Even gymnastics, it’s not what you wear, you know, it’s just about being able to do the jumps.

Rico Gagliano: And ironically this attack on Kerrigan on Tonya’s behalf kind of spurred interest in the sport.

Nanette Burstein: Yeah, that’s the irony; it’s that people were so captivated by this story. Ice skating became hugely popular afterwards. It actually started airing on the networks. They started doing all these professional shows on Fox and all these ice skaters, including Nancy, got paid a ton of money. Tonya was banned from the sport, so she made it popular but could not cash in at all.

Rico Gagliano: Of course. And of course none of this really excuses the crime, as you said, but I didn’t realize that Harding never actually was convicted of plotting the crime, only of trying to cover it up later.

The only time your voice is heard in this documentary is when you asked her if she had anything to do with it and she says she absolutely didn’t. I have to ask what you think.

Nanette Burstein:  I cannot say with absolute certainty that Tonya knew about it beforehand, because there is no hard evidence. My hunch is that she probably… I mean, I’m sure that she did. It seems so incredibly unlikely that her husband kept this from her and just did this on his own.

Rico Gagliano: Well let me finally ask you, in researching this story that almost everyone knows, what about it most surprised you?

Nanette Burstein: One: I didn’t understand how tough Tonya’s upbringing was, and there was a lot of empathy that one could have for her.

Two: I didn’t know how quickly they found the perpetrators and how dumb it was how they found them. That the guy who helped plan it told all of his friends beforehand that he was planning to do this. And if he had kept his mouth shut, they would have never ever gotten caught. I mean that was sort of shocking to me. Like what was this guy thinking? Shawn Eckhardt, who was the bodyguard. It was insane.

Nanette Burstein: It is. It’s like “O Brother, Where Art Thou?” characters.