This is Megan Daum, I’m going to be reading from my new book, “The Unspeakable: And Other Subjects of Discussion.” One of the threads that runs through the book has to do with this feeling of not liking things that we’re supposed to like. This is from an essay called, “On Not Being a Foodie.”

(Note on the text: this passage has been edited for broadcast).

I hate food. Not that I don’t consume it. Like any decent American I often consume too much of it. I just hate thinking about it. I hate shopping for it, preparing it, serving it, and cleaning it up and putting it away. Though I would take cleaning up over cooking any day. Cooking fills me with a dread I can only describe as the sum total of every negative feeling I’ve ever had about myself. It takes my chronic impatience, divides it by my inherent laziness, and multiplies it by the power of my deepest self-loathing. My approach to cooking is not unlike the approach many people take when confronted with their least favorite exercise in a fitness class. I fake my way through it and hope no one’s watching. I wait for it to be over. 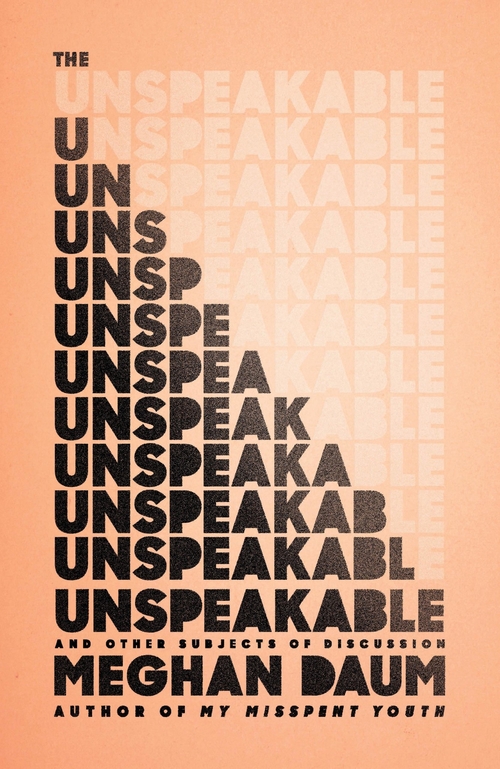 Past a certain age, it becomes tiresome to blame one’s deficits on one’s parents. The fact that my parents eschewed just about every activity not related to the arts doesn’t mean I couldn’t have devoted some part of my adult life to seeing past their biases and trying new things. I’ve had plenty of time to learn how to make risotto or even carve a turkey.  That I had found myself in the prime of life — which is to say, early middle age, that evanescent period where relative youth intersects with relative prosperity — in an era of cronuts and artisanal pickles is both sadly ironic and kind of sweetly perfect.

One of the great pleasures of trends is the option of sitting them out. Being a non-foodie in a world of heirloom tomato ketchup and chanterelle mushroom omelets means saving time and money that could be spent elsewhere. For instance, on Heinz ketchup slathered on greasy diner omelets. It means it’s not necessarily a tragedy if you die before making it to Italy (not that it wouldn’t be very sad.) It means knowing your spouse didn’t marry you for your cooking or your ability to pick restaurants. It means respecting food items that are too often denigrated and mocked: Miracle Whip, butter-flavored margarine, baking mixes of all kinds.

My parents were not religious, but we did celebrate Christmas. And every Christmas morning, my mother served a marble coffee cake that has somehow been dubbed “Baby Jesus’s birthday cake.” But the recipe my mother worked from was in my grandmother’s handwriting, where it was called Jewish coffee cake (my grandmother, who probably knew fewer than five Jews throughout her entire life, must have seen it as an exotic delicacy.) Later, I worked from a recipe my mother had written out for me. I can’t give it away, but I can tell you that it calls for white cake mix, vanilla instant pudding, and a carton of sour cream, among other ingredients available not just at your local supermarket, but probably also at your local 7-Eleven. I can also tell you that everyone I’ve ever made it for has said it’s the best coffee cake they’ve ever tasted. And they’re right. It’s really the best thing in the world.