Hi, this is Matthea Harvey. I’m going to read from my new collection, “If the Tabloids Are True What Are You?” It has poems paired with images – sometimes photographs of miniatures or paper cutout silhouettes. Today I’m gonna share with you this poem which follows a photograph of an empty dollhouse swingset. 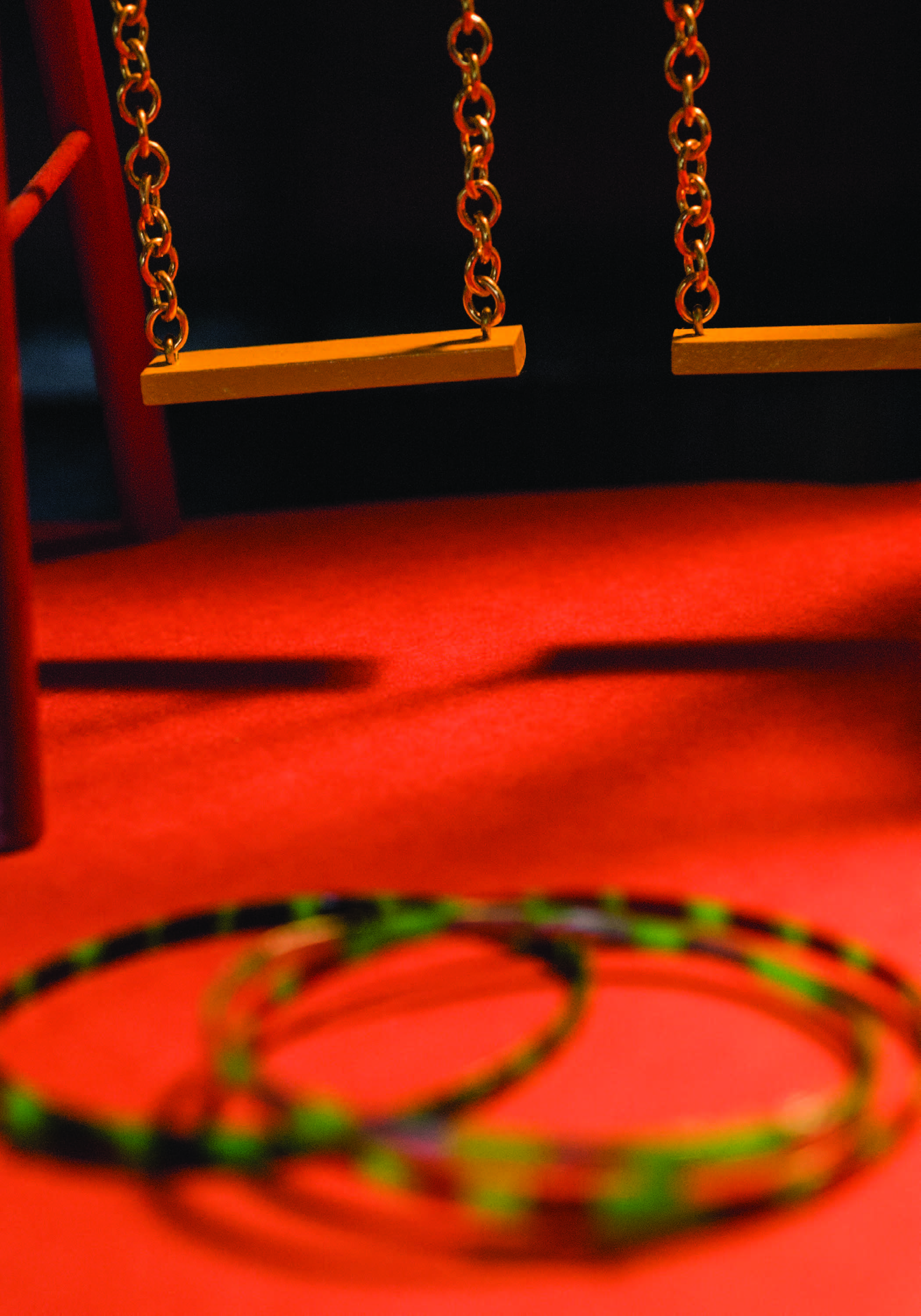 “Using a Hula Hoop Can Get You Abducted By Aliens”

We’ve never taken anyone
buttoned up and trotting from point A
to point B—subway to office, office to
lunch, fretting over the credit crunch.
Not the ones carefully maneuvering their
watchamacalits alongside broken white lines,
not the Leash-holders who take their Furries
to the park three point five times per day.
If you’re an integer in that kind of
equation, you belong with your Far-bits
on the ground. We’re seven Star-years
past calculus, so it’s the dreamy ones
who want to go somewhere they don’t know
how to get to that interest us, the ones
who will stare all day at a blank piece of paper
or square of canvas, then peer searchingly into
their herbal tea. It’s true that hula hoops
resemble the rings around Firsthome, and that
when you spin, we chime softly, remembering
Oursummer, Ourspring and our twelve Otherseasons.
But that’s not the only reason (Do we like rhyme?
Yes we do. Also your snow, your moss, your tofu —
our sticky hands make it hard for us to put
things down). Don’t fret, dreamy spinning ones
with water falling from your faces.
It’s us you’re waiting for and we’re coming.

The Straightforward Mermaid
The Straightforward Mermaid starts every sentence with “Look…” This
comes from being raised in a sea full of hooks. She wants to get points 1, 2
and 3 across, doesn’t want to disappear like a river into the ocean. When she
is feeling despairing, she goes to eddies at the mouth of the river and tries
to comb the water apart with her fingers. The Straightforward Mermaid has
already said to five sailors, “Look, I don’t think this is going to work,” before
sinking like a sullen stone. She’s supposed to teach Rock Impersonation to
the younger mermaids, but every beach field trip devolves into them trying to
find shells to match their tail scales. They really love braiding. “Look,” says the
Straightforward Mermaid, “Your high ponytails make you look like fountains,
not rocks.” Sometimes she feels like a third gender, preferring primary colors
to pastels, the radio to singing. At least she’s all mermaid: never gets tired of
swimming, hates the thought of socks.