Rico and Brendan aren't exactly back, but they're here to tell you about their new projects! Brendan has been producing The Paris Review and Rico has a new podcast called "Safe For Work." Rico and Liz Dolan ("Satellite Sisters") will help you make the big decisions, sort through the small stuff, and get more fulfillment from your work life. Here's a preview. 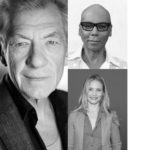 How to Behave: Celebrity Edition

Alas, this is our last audio treat for you (for now). In the final installment of the "How to Behave" series, you'll hear some of the best of our favorite etiquette segments with celebrities. Master thespian Sir Ian McKellen offers a tip on how to deal with people who mispronounce your name (never correct the Queen), Cameron Diaz gives us impeccable advice for the long haul, and the one and only RuPaul gives some "godly" etiquette guidance. Be sure to keep up with Brendan and Rico at BrunchIsHell.com Cheers! 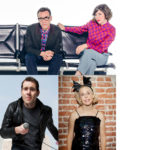 How to Behave: Comedy Edition

We've got another audio treat for you! Think of these as a companion to Brendan and Rico's book, "Brunch is Hell." In the second installment of the "How to Behave" series, you'll hear some of the best of our favorite etiquette segments with comedians. Our guests include "Portlandia" stars Carrie Brownstein and Fred Armisen, Maria Bamford of "Lady Dynamite," and "Difficult People" star Billy Eichner. Cheers! 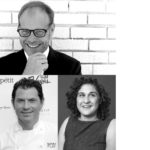 How to Behave: Food Edition

Surprise! You might've thought we posted our last DPD episode, but we've got a few more audio goodies over the next couple of weeks, starting with this inaugural episode of what we're calling our "How to Behave" series. Think of it as a companion to Brendan and Rico's book, "Brunch is Hell." These episodes will take the best bits of our favorite etiquette segments. Today's theme is food, and our guests are celebrity chefs Alton Brown, Samin Nosrat, and Bobby Flay. Bon appétit!

The Dinner Party Download T-shirt is 100% cotton and now available. 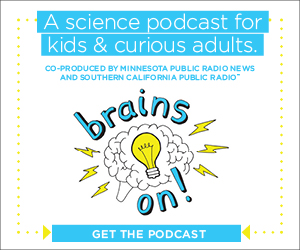 The Dinner Party Download is an hour-long celebration of culture, food, and conversation with hosts Rico Gagliano and Brendan Francis Newnam designed to help you dazzle your friends at this weekend's get-together. [more]