Duncan Sheik has been penning pop music since the ’90s, when his tune “Barely Breathing” was a top 20 hit. But these days he may be best known as a Broadway composer. Among his many musical scores is the hit “Spring Awakening.” Based on a nineteenth-century German play, it won him a Tony.

Duncan’s latest project is even more unlikely: He’s written the music and lyrics for a musical adaptation of Bret Easton Ellis’ satirical 1991 horror novel, “American Psycho.” It’s about a successful, narcissistic businessman named Patrick Bateman, who is also â€“ at least in his mind â€“ a serial killer.

The show hit Broadway this week, and the London cast album just came out. When Rico spoke to Duncan, he asked him what he knew about the original book, when he was offered this gig.

Duncan Sheik: Well, I had read the book in college when it first came out. And prior to that, I had read “Less Than Zero,” and I was a huge Bret Easton Ellis fan.

Duncan Sheik: His first novel, right. And so I got “American Psycho” when it was hot off the presses. And, frankly, it was a tough read for me. Obviously, the kind of really violent sections that are kind of threaded through the book. But also, just the banality-of-evil aspect of it, and the vacuity, and just the kind of droning on and on about the surfaces of things. I think I didn’t understand the satire that well as a 20-year-old.

Rico Gagliano: Yeah. When it first came out, it was greeted with revulsion by a lot of critics. If you had told me back then it would be a mainstream musical, I would’ve thought you were pitching me a “Saturday Night Live” sketch. What made you think any of this made sense?

Duncan Sheik: Well, I balked, initially. But I had a long plane flight to Japan that week, and I said, “Well, I should buy this book again and reread it and just think about it, at least.”

And when I re-read the book — as a 39-year-old, at that time — I was just amazed by how prescient and trenchant and predictive Bret really was about where the culture was heading. And I also got incredibly excited about trying to write music for a piece of musical theater that was coming more from a place of “electronic dance music,” for lack of a better word.

Rico Gagliano: Yeah, because it’s set in the ’80s.

Duncan Sheik: Yeah. And [the characters] were all going to these night clubs that I was going to as a teenager, as well: you know, Tunnel and Nell’s and Area and all these places.

And so I just felt like, “Oh, wouldn’t it be cool if you did a piece of musical theater, and the band was Kraftwerk or Depeche Mode or some version of that.”

Rico Gagliano:Â Well, let’s talk about the music for this — which really impressed me, by the way.

Rico Gagliano: There is that strong synth-pop quality to it, but I was actually expecting it to be kind of falsely jovial. Because this is a satire, and the main character loves Huey Lewis. But really, a lot of these songs have this air of melancholy. Did you go into it knowing that was going to be the case?

Duncan Sheik: You know, I think anybody who knows my discography at all knows that, like, it’s pretty hard for me to avoid the melancholy… [laughs] in anything that I do.

Rico Gagliano: “Barely Breathing” is not an upbeat song.

Duncan Sheik: Yeah. No, I mean, look, one could make a version of “American Psycho” that is very campy and jovial, as you say. I think you could make that version of the show. But I was not interested in doing that.

And it’s really why I suggested Rupert Goold to direct the piece. Because he’s somebody who talks a lot more about Stanley Kubrick than he talks about, you know, other pieces of musical theater. And it doesn’t mean you can’t be funny, because there’s… I mean, we’re getting a lot of laughs. We’re getting a lot more laughs than I thought we would get —

Rico Gagliano: Sure. There is irony in this, for sure.

Rico Gagliano: Well, let’s hear, actually, a clip of the song “Not A Common Man.” I haven’t seen the show because I’m not in New York — I hope to catch it — but I’m guessing, knowing the story, that this is being sung from the point of view of Patrick Bateman to one of his victims.

Duncan Sheik: It is. He’s invited two prostitutes over to his apartment, and he’s kind of gearing up for a session with them.

Rico Gagliano: Ohhh…. Those synth hits at the end are so dire.

It occurred to me, listening to some of this, that… you’re a practicing Buddhist, I understand?

Duncan Sheik: Yes, I am.

Rico Gagliano: And here’s a story about the anti-Buddhist, this soulless guy who lives only for surfaces and material gain.

Duncan Sheik: Part of what I found intriguing about this story is the fact that, though I am a practicing Buddhist, you know, I also… I think all of us, we have a little bit of Patrick Bateman inside us [laughs].

Duncan Sheik: Look, it’s part of the human condition, and it’s part of the culture in which we live right now, where you do get kind of easily swept away by these desires for material things, and you become overly concerned with the surface beauty of people and objects.

I don’t really see this as, like, a morality tale… but I do see it as shining a light on some of these really dark aspects of living in this time of late Capitalism. Â No matter who you are.

Rico Gagliano: You know, speaking of maybe not hitting things too much on the head… what are the pitfalls of writing pop tunes for musicals, as opposed to standalone pop songs?

Duncan Sheik: It’s very different in the sense that, rather than me writing the 150th song about this girl who doesn’t like me anymore [laughs], I can write a song from the perspective of Patrick Bateman’s girlfriend and her best friend, and their obsession with Diane von Furstenberg and Comme des Garçons and put that in a song. You know — it’s not something that I would do in my own music.

Rico Gagliano: But also I can imagine, because you have to service a story, you have to be very specific. And you can’t be maybe quite as metaphorical as you would like to. Which is, I think, the place where musicals go awry — especially rock musicals.

Duncan Sheik: Yeah. I mean, look, for me, personally, I just feel like I’m sticking my middle finger up at all of these rules about how you need to write songs for musical theater. Because I don’t care. I really don’t! All I want to do is, like, have it be a cool piece of music that’s working in the moment of the show. And hopefully it deepens the character in some way, and it makes your experience of the show more intense and visceral. But I’m not interested in telling the story through the song.

Rico Gagliano: So, you’re maybe trying to capture more of the atmosphere of the moment or the emotional climate of the moment, rather than the story?

Duncan Sheik: Yeah, absolutely. I mean, look, if you think about “Porgy and Bess,” and you think about a song like “Summertime.” I mean, it’s just all metaphor. You know, it’s just a great piece of music. It’s not like Elvis Presley — like, “Ooh, I’m going to win this race!” You know? 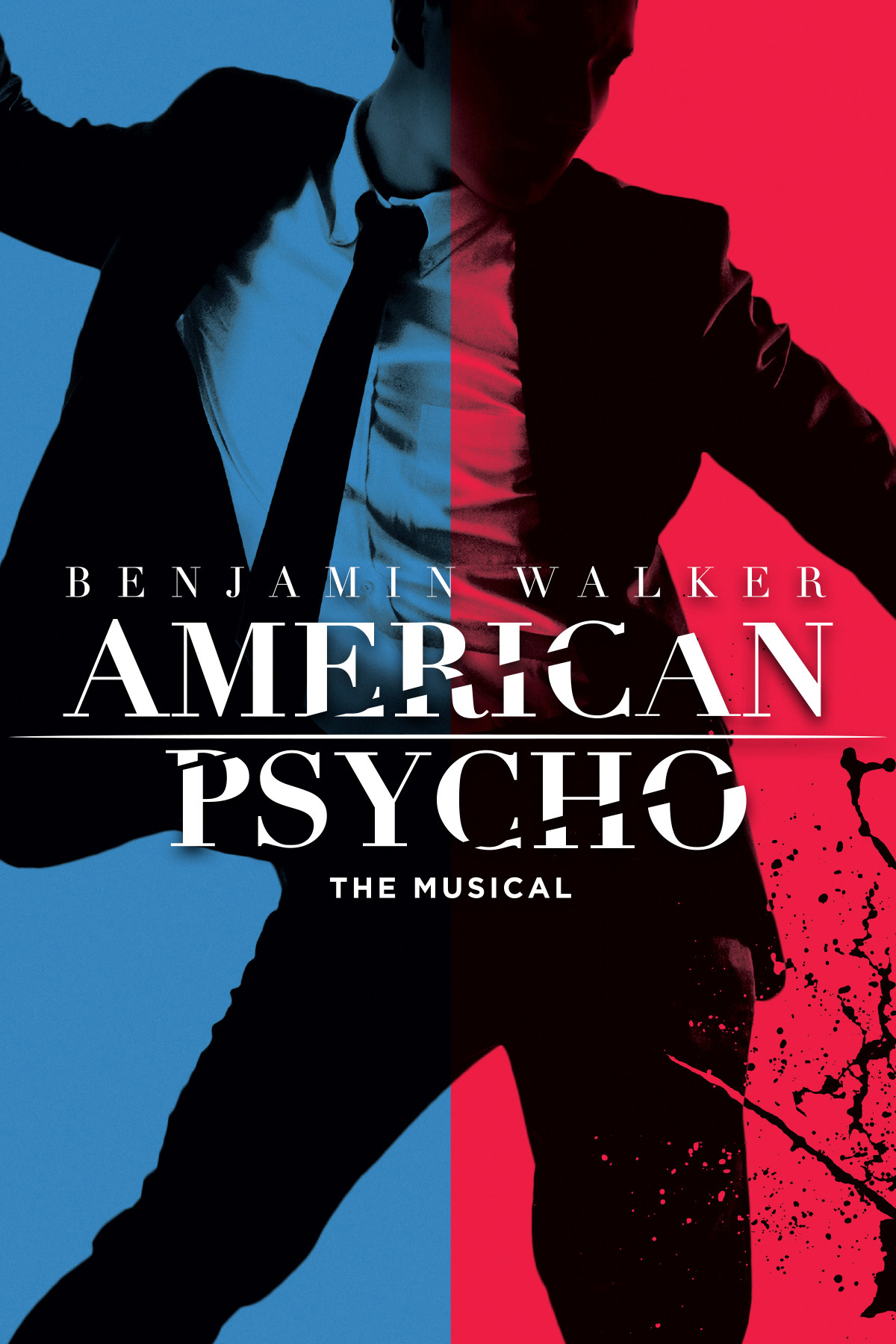 Rico Gagliano: That’s true. Oh, man, they were the worst. The Elvis musicals were probably the worst offenders in that way, weren’t they?

Duncan Sheik: Yeah. Poor guy, I don’t think he had a lot to do with those songs.

Rico Gagliano: No, he did not.

But you intersperse the original score and your original songs with some remixes — I guess you would call them “retakes” — on some mega-popular late eighties tunes: Phil Collins, “In the Air Tonight”; New Order’s “True Faith.” They take on a totally different tone in this musical. Which one did you find either the hardest or the most satisfying to transform?

Duncan Sheik: Well, I mean, the one that I think is the most satisfying in the show is “In the Air Tonight.” And my original conception was that we should definitely have some of these ’80s pop songs in the show. Like, I felt it would be churlish to not have them in there, because there are so many songs that are referenced in the book.

Duncan Sheik: And he’s… Patrick Bateman is such a music aficionado himself — with very questionable taste in music!

Duncan Sheik: And his rants that he goes on about the music are hilarious. But I’m a little more of an Anglophile, so generally, I went towards the more the U.K. kind of ’80s artists.

Duncan Sheik: Yeah, Human League. Â But my initial conception was that they would all be completely a cappella, choral arrangements. There’s a lot of that still in there, and, to me, that’s one of the more satisfying parts of the show, are just the purely kind of choral moments.

Rico Gagliano:Â Well, let’s go out on “In the Air Tonight,” an example thereof. Thank you very much, sir, for talking with us today, and good luck with the show.

Duncan Sheik: My pleasure, thank you.

IT’S A PARTY IN YOUR INBOX…

…when you subscribe to our weekly newsletter. Youâ€™ll find all sorts of good stuff there like bonus audio, musings on culture from our staff, photos of our guests and co-hosts being ridiculous, and new cocktail recipes. Sign up below!