Brendan Francis Newnam: Clark Terry is this poor kid from St. Louis. Somehow he ends up playing with the marquee jazz orchestras of the twentieth century. Can you tell me about his early life and some of the pit stops he made along the way?

Quincy Jones: Well, you know I remember as a very young kid I went to see him with Charlie Barnett. We saw every band in Seattle and it was with Charlie Barnett, with Maynard Ferguson no less. You know, and at 13, you’ve heard somebody like that with high notes, and with all that dexterity and personality, it was mind-boggling.

Brendan Francis Newnam: You mention Clark Terry’s personality, Quincy, and several people in this doc said they know a Clark Terry line when they hear it. Help me out. What makes his sound so distinctive, like what’s his fingerprint?

Alan Hicks: The way people describe Clark’s sound is that it’s a really warm sound. They call it the ‘happiest sound in jazz’ and that to me is a direct reflection of Clark as a person.

Quincy Jones: I’ve never heard such a sense of humor come out of a musician like that. He says, “If at first you don’t succeed then keep sucking the seed until you suck a seed.” Oh he’s too much! But you have to have the technique and the dexterity to follow that through and Clark has got it in terms of fast licks and everything else. And the sense of humor is always there.

Brendan Francis Newnam: Quincy, you are one of Clark’s first students. You were a 12 year old kid.

Quincy Jones: Not one of. The first.

Brendan Francis Newnam: You were the first, and you were 12 years old. He wasn’t even giving lessons but you bugged him. You were 13. He said you were “So skinny you could ride on a rooster,” was his quote.

Quincy Jones: He said if I turned sideways I looked like a clarinet.

Brendan Francis Newnam: And so you harassed him to give you lessons and he’s like, “Kid, I work at night, you go to school during the day. This isn’t gonna work.”

Quincy Jones: No, but I was in nightclubs, playing five nightclubs a night at 13.

Quincy Jones: So I stayed up and went to see Clark, you know.

Brendan Francis Newnam: One of the themes of this film is Clark dedicated his life to teaching at a certain point, but it seems like there’s part of jazz that can’t be taught.

Quincy Jones: Yes it can. It can though and only the jazz guys can teach you. Because his sense of humor, you saw when he did, odelay-odelay-odelay, all those things. It’s frenetic sounds and everything to get you to really understand that you are imitating a human sound. That’s what we went through. The first part, when the African slaves were percussive and vocal in 1865 and the French came over with their servants, you know, mulatto servants, within their conservatory. And the Africans, they had never seen clarinets before or trumpets or trombones and they had to make those trumpets and trombones and clarinets sound like human voices. And then, waaaaah-goo-goo-goo-gah, you know with the plunges and all that stuff. They invented a language that had never been heard before. 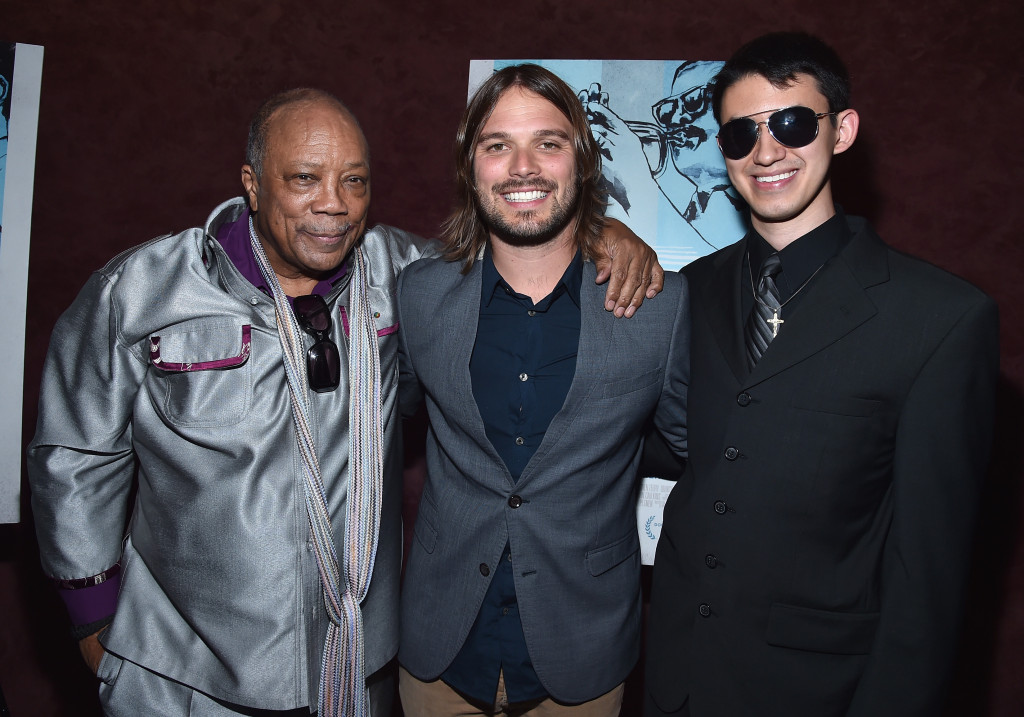 Brendan Francis Newnam: I know, you see Clark speaking that language to one of his students, Justin Kauflin, who’s this fresh-faced twenty-three year old from Virginia who’s blind, and a phenomenal jazz pianist looking for a break. Alan, you know, you and Justin were in class together with Clark. At what point did you realize that this documentary was maybe as much about Justin’s relationship with Clark as it was about Clark’s life?

Alan Hicks: Our intention was just to focus on Clark and his life and try to document as much as we could about Clark. But we weren’t able to get to the mentoring piece as well as we had hoped. People would say he’s the greatest trumpet player and fluglehornist of all time and he’s the greatest teacher of all time but, you know, we couldn’t back that up with anything. And Justin would just happen to be studying with Clark all the time, and we just ended up asking Justin if we could shoot with him as well. And Clark and he, thankfully, said yes. And as soon as we switched the cameras to both of them, things just started to happen.

Brendan Francis Newnam: It’s such a neat bond between Clark and Justin. Clark is slowed by diabetes, losing his vision. Justin’s blind and trying to break through as a musician. And then into the scene comes you, Quincy, and the audience gets to see three generations of the jazz mentor/mentee relationship. Alan, what was it like to witness that? I mean the energy in the room when Quincy visits is palpable.

Alan Hicks: Yeah, well at that point we actually didn’t know Quincy. That was a surprise visit that Quincy did down to Clark’s house and we just could not believe it. And to see those two speaking together, you know, there’s 65, at that point there’s 65 years of friendship that they were dwelling on, and it was one of the most beautiful things I’ve ever seen, to see those two connect. The first student of Clark’s has come to visit him and for Justin to be there.

Alan Hicks: I couldn’t believe it.

Quincy Jones: That is so much divine intervention there. They always say that coincidence is God’s way of remaining anonymous. Very true. But God was really involved with this. He had His hand on your right shoulder.

Brendan Francis Newnam: Well thank you both for sharing Clark with us and in this documentary.

Quincy Jones: Thank you, man. Thank you for throwing it out to the people.

Alan Hicks: Thank you so much.

Brendan Francis Newnam: Quincy, I wonder if you could play DJ. Could you suggest a song that we could go out on here?

Quincy Jones: Yeah. An up-tempo one. Why don’t we take one of the ones from Duke Ellington? “Harlem Air-Shaft.”