Brendan Francis Newnam: Jeffrey, welcome. Can you start us off by sharing a story that you encountered while writing this book that kind of embodies narcissism?

Jeffrey Kluger: There was a woman who is 85 years old, and she was talking about her past, and talked about how she got out of a bad marriage when her husband went to fight World War II, and she said, “It makes me wonder if this war was really fought to defeat Hitler, or to get me out of a bad situation.” And she said that shamelessly, and without self-awareness. It told me a great deal. 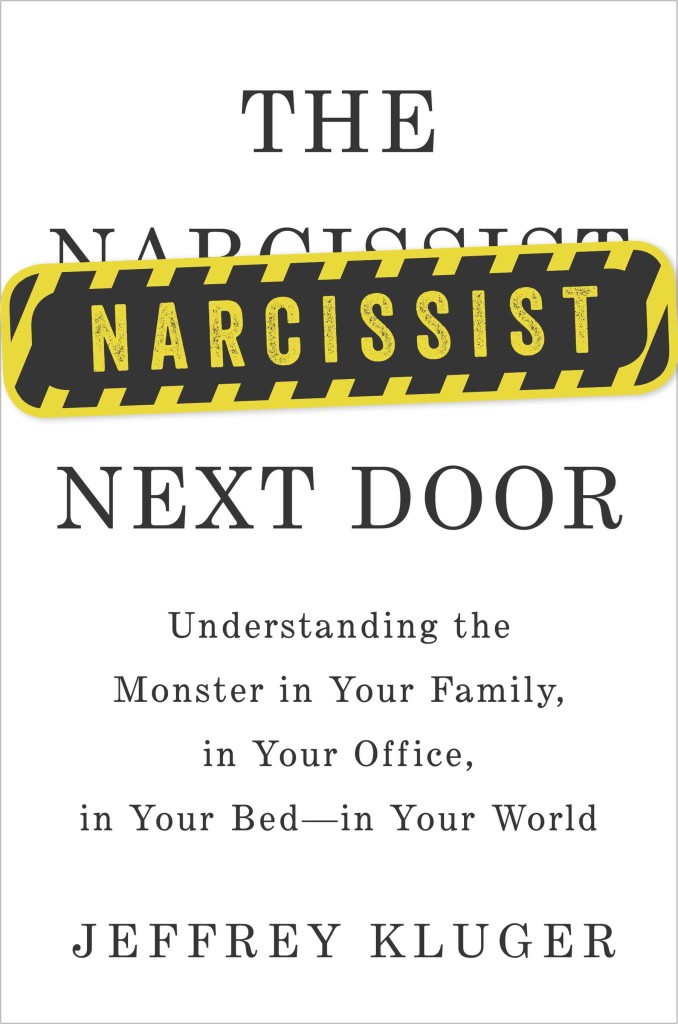 Brendan Francis Newnam: It’s painful. It actually links to another story in your book, about Justin Bieber visiting the Anne Frank House.

Brendan Francis Newnam: He wasn’t throwing eggs or anything.

Jeffrey Kluger: He was not throwing eggs at anybody. He signed the guestbook at the end along the lines of, “Anne was an amazing girl. Hopefully, she would have been a Belieber,” which left the world slack-jawed, because it suggests that one of the most tragic and iconic figures of the Holocaust can be reduced to whether or not she would have liked young Justin’s music.

Brendan Francis Newnam: Yes. So, those are extreme examples of narcissists and narcissistic behavior, but what is interesting about your book is that the line between a narcissist and a highly-ambitious, successful person with good self-esteem is kind of gray, particularly now, in this day and age. What is the difference?

Jeffrey Kluger: Well, it is a continuum, and it’s one of the reasons that the Narcissistic Personality Inventory, which scores everybody on a low of a theoretical zero to a high of a forty, can be so beneficial, because it really does help show the gradations.

Brendan Francis Newnam: This is the standard questionnaire they give to people to rate them.

Jeffrey Kluger: It’s a forty question test. The average person will score between fifteen and sixteen. Psychopathic killers in a California prison, 21.4; reality show stars scored a 19.4, which is kind of shocking.

Jeffrey Kluger: Well, there are a lot of things. Certainly, there’s a genetic component. A lot of scientists will argue about how heritable the trait is. Another, and I think the prevailing theory here, is what’s known as the Mask Model, that narcissism is actually a clever guise adopted to mask its exact opposite, which is a deep well of self-loathing, a well of low self-esteem, rather than high self-esteem. [This] helps explain why narcissists are so sensitive to criticism, why narcissists tend to break into outrage if they’re criticized, because their self-esteem is actually much more brittle than it seems, and once they’re challenged, that mask falls apart.

Brendan Francis Newnam: Well, there’s another element about narcissists which I found most troubling, which is they’re mostly oblivious to their narcissism.

Jeffrey Kluger: And that’s a real problem, because narcissism, like the other personality disorders, is a condition that’s known as ego-syntonic. In other words, the paranoid person really does believe that people are after him, and the narcissist really does believe that he or she is better than or more entitled than other people, and truly doesn’t see why that’s not the case. It’s in sharp contrast to anxiety disorders like phobias or OCD, which are called ego-dystonic. The person who comes into a therapist’s office for treatment for OCD knows that their behavior is nuts.

Brendan Francis Newnam: So, I feel like I’d be remiss not to talk about social networking in this interview, but in reading your book, it seems like it maybe exacerbates existing narcissists, but it’s not necessarily creating new ones. So, what is the intersection?

Jeffrey Kluger: Yeah, it’s not. The intersection, I think, is that, if we were a culture of high-risk alcoholics, and suddenly we had Jack Daniels piped into our houses, we would be feeding that fire. Social networking, and the internet as a whole, seems to have simply landed in an extremely fertile place in an extremely fertile time in history, when we all have these narcissistic tendencies anyway – you can go further back into the self-esteem movement, and Dr. Spock, and the ‘everybody gets a ribbon at the track meet’ sort of thing, which preceded the internet – and then you drop the internet into the middle of this, and we’ve all gone haywire.

Brendan Francis Newnam: But we all need some narcissistic attributes?

Brendan Francis Newnam: And part of the reason is they help people succeed. Although it is frustrating to watch narcissists get rewarded, sometimes they even do better than non-narcissists.

Jeffrey Kluger: Well, that’s right, and narcissistic personalities usually do do better than you and me and the average person. We’ve always seen it in the office. The person who speaks up more in meetings, the person who’s charismatic, who can sell an idea with more excitement and energy. But there is also something to be said about the adapted benefits of narcissism in the hands of benign people. If you think Martin Luther King or Mohandas Gandhi didn’t get a charge out of standing before a crowd and having a quarter of a million or half a million be moved by their words, and in the case of Gandhi, have an entire nation be moved by what he was thinking, if you think they didn’t get a charge out of that, you don’t understand human nature. On the other hand, they were equally humble people, so they got it.

Brendan Francis Newnam: Well, at least this radio interview was good for both of our egos. We got our names out there, both our voices are broadcasting across the country from Seattle to Florida. Hope it’s okay if we enjoy this moment. You wrote a great book, and I talked to you about it.

Jeffrey Kluger: Exactly, this is all about us. But secretly, I’m thinking it’s all about me, as you should be too.