The Star Side of Bird Hill follows a family of of “Bajans” – people from Barbados.  The troubled matriarch Avril raises her daughters Dionne (16) and Phaedre (10) in Brooklyn, but toys with sending them home to her relatives in Barbados…

In Brooklyn, Barbados was bimshire, a jewel that Bajans turned over in their minds, a candy whose sweetness they sucked on whenever the bitter cold and darkness of life in America became too much to bear. Avril, while she reserved a healthy amount of disdain for Bird Hill and its people, still felt something like love for her country, and she wanted at the very least to keep up with what was going on there. 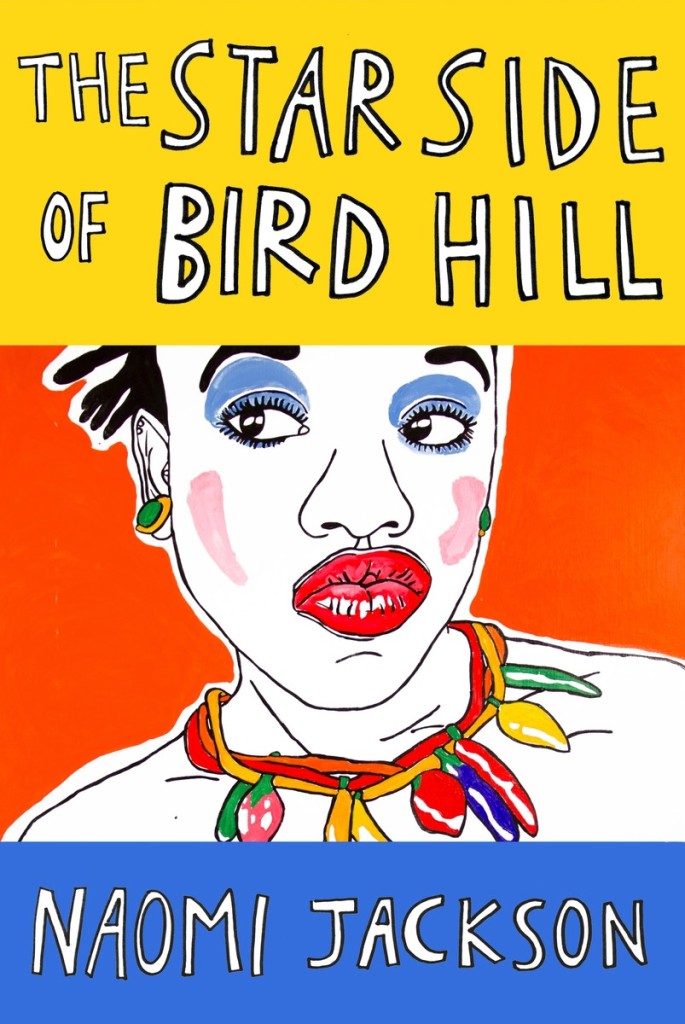 Almost 20 years into living in the States, she had no illusions of moving home and starting over again like the other women she knew who went home every year, packed barrels and kept up with phone calls, went to the meetings of the old boys’ and old girls’ clubs of their high schools where fattened, impoverished versions of themselves showed up in the harsh lights of church basements in Brooklyn, picking over the grains of famous stories from the old days and new stories about who had done well or not well at all in what they liked to call “this man country.”

In the same way that Avril had never been a good West Indian girl when she was home, she was not a good West Indian woman abroad, not given to cultivating a desire for and a connection to home that smacked of devotion. Still, she told Dionne and Phaedra that no matter what she felt about Bird Hill, it was important that they spend time with their grandmother, and get to know the place without which they would still be specks in God’s eye.

Phaedra got her sense of what it might mean to go home one evening in Brooklyn. She was seven when she made the mistake of complaining about having to eat chicken for dinner every night. Avril’s eyes turned from their usual doe brown to the shiny black beads they became under the influence of brandy or the winds of a changing mood. “You think life’s hard here? Try life at home,” she said.

Phaedra knew better than to respond to what she knew was not a question. She went back to pushing withered chicken strips around on her plate. And then she felt her chair give way beneath her. Suddenly, she was on the floor and the full heat of her mother’s rage was on top of her. Avril hovered over Phaedra, seething, trying to decide what to do with her.

“You think people at home eat meat every day?” Avril asked. She dragged Phaedra down their apartment’s long hallway, holding her by the flesh at the top of her right arm, talking the whole way.

“You want to go home to live with Granny? Let’s send you home and see if you like it there.”

Avril flipped on the light in the girls’ bedroom and rifled around in their closet for suitcases. Phaedra didn’t dare offer to help by telling her mother that they were stored beneath the bunk beds.

Avril found one eventually, a red valise coated in a thick layer of dust.

“Let’s see what you should bring. You’ll only need light clothes there,” Avril said.

She climbed a step stool and pulled down the bin with Phaedra’s and Dionne’s summer clothes, then emptied its contents into the suitcase and zipped it closed.

“No, Mommy,” Phaedra said, hoping her lesson would end there.

“Too late now,” Avril said. She shoved the suitcase toward Phaedra, then unlocked the door to the apartment. Avril pushed Phaedra and the suitcase into the cold hallway, all the while repeating her classic line, “Who don’t hear will feel.”

“Please, Mommy, I’ll be good, just let me come inside,” Phaedra said to the closed door, even after she’d heard her mother turn up the volume on the television to drown out her noise.
Phaedra stood at the doorway for the better part of an hour, shivering. Neighbors–a man with a pregnant wife who looked like she was about to give birth to a fully grown person any day–passed by. The man asked if she was OK and Phaedra just nodded at the wonder of his wife’s belly and turned toward the door to hide the holey shorts and thin tank top her mother had pushed her outside in. Phaedra sat down on the suitcase. Each time she heard the strains of the elevator, she prayed that no one would get off on their floor.

Phaedra’s tears had dried by the time Avril finally came to the door to let her back in. Avril didn’t say anything, not about dinner or what she’d done. From then, it was impossible to separate the idea of going to Barbados from the stark memory of Avril’s anger. Bird Hill was for Phaedra, at first, as much a place to be banished to as a place to call home.

For Avril, the island loomed large whenever a tropical storm bore down on the Caribbean, and she called Hyacinth to make sure one of the young fellas battened down the windows, and she and the girls watched anxiously as the hurricane turned colors on the television news and usually spared the island. It was there when Barbados Independence Day came and with it a feast of Bajan food and overly enthusiastic greetings at their church’s Saturday night dinner dance and Sunday service, celebrations Avril and the girls had missed since Avril took to her bed. It was there in the Nation, the Bajan newspaper Avril bought each weekend from the newsstand on Nostrand Avenue and read with more regularity than the local newspaper, piling issues high before using them to pack away dishes and the few fine things they had left for their imminent move.

From The Star Side of Bird Hill by Naomi Jackson. Reprinted by arrangement with Penguin Press, a member of Penguin Group (USA) LLC, A Penguin Random House Company. Copyright © Naomi Jackson, 2015.