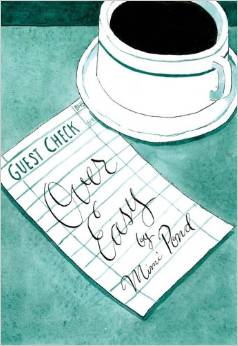 My book is ‘Over Easy’, a graphic novel that is about my navigation of the moral swamp of the late 1970s in Oakland, California, where I worked as a waitress in possibly the only restaurant I ever could have worked in. It was a very bohemian existence, given that the manager of the restaurant was a Latin scholar-slash-poet who ran the place as though he was casting his own anarchic punk opera. You got the job by either telling a joke or a dream — that’s how you got hired.

What bohemia means to me — the bohemian mindset — is very much about risk-taking. People who conform to society, they wind up making all kinds of sacrifices in order to stay safe. Bohemianism is about taking risks and navigating some very unsafe territories at times.

So, here are three representations of bohemia that mean a lot to me.

Number one would be the movie “Something Wild,” with Melanie Griffith and Jeff Daniels.

I think it’s from 1985. It’s about a crazy bohemian girl who seduces a New York City yuppie banker played by Jeff Daniels, and kind of drags him into this crime spree involving her violent ex-boyfriend.

One of the scenes that really stands out to me is the scene where Melanie Griffith basically kidnaps Jeff Daniels and takes him to one of those really seedy motel rooms, handcuffs him to the bed, and forces him to call his boss and tell him that he’s gonna take the day off.

I think what spoke to me when I saw the film was the sense of, like, why would you ever wanna be a banker and be in that yuppie world? I remember, before I met my husband, I expressed to a friend that I was tired of dating artists and weirdos. And so she set me up with a date with some guy from Wall Street and I just could not wait to get away from him. It was really, like, “Oh. That’s not it!”

The Beverly Hillbillies, “Cool School is Out”

Number two on my list is just a little ridiculous, but it speaks about how, in the 1960s, there were many, many references being made to beatniks and bohemians. Mostly, they were being made fun of. And there’s no finer example than an episode of The Beverly Hillbillies which is called “Cool School is Out.”

In this episode, Mr. Drysdale, the banker who handles the money of the Clampett family, he allows some beatniks to turn a room in the basement of the bank into a coffee house, but Jed Clampett’s actually paying the rent on the place. They called Jed ‘big daddy’, and Jed’s son and niece flock to become beatniks.

You know, I was a child watching this when I first saw it, but, you know, watching it on Youtube, it struck me as hilarious because they’re making fun of bohemians who are actually very pretentious. So, you know, in some ways that does ring true. You know, there certainly is that aspect of hanging around artists, and hearing artists talk complete B.S. about art.

My third example is, I think, a completely bohemian tome, and that is “Harriet the Spy,” which is a great, classic work of children’s literature. It’s about an 11-year-old girl who spies on people and takes notes. She aspires to be a writer when she grows up, and her dramatic arc is all about staying true to herself and her observations, but learning how to navigate the world successfully.

I can’t overstate the importance of ‘Harriet the Spy’ on my growth as an artist. It may be the only female character from children’s literature that specifically articulated that desire to observe the world, and was marching to her own drummer. Which I think is what being a bohemian is all about.