Journalist Michael Paterniti calls his new book, “The Telling Room: A Tale of Love, Betrayal, Revenge, and the World’s Greatest Piece of Cheese,” a slow-food tale gone completely awry. He set out for a small village in Spain to learn about a cheese which, for a time, was considered the greatest in the world – but what he uncovered once he got there was a rather less savory story.

Brendan Francis Newnam: Michael, this book is part travelog, part mystery, part meditation on storytelling. I’m curious, what do you tell people this book is about?

Michael Paterniti: Oh man. I think of it as a slow food tale gone completely awry. It sort of beings with this little fairy tale beginning, you know, once upon a time there was this cheese that was made in this Spanish village by this one farmer, and it was so good, that the people in the village started passing it on.

Brendan Francis Newnam: And the cheese takes on a life of its own in this modern day fairy tale. It becomes very popular in Spain, it becomes world renowned, they start distributing it globally.

Brendan Francis Newnam: Then the story gets even a little more complicated as the business is scaled up. There’s a couple main characters in the book, one of them, his name is Ambrosio Molinos. Am I pronouncing that correctly?

Brendan Francis Newnam: So, who is Ambrosio Molinos, for people who haven’t read the book?

Michael Paterniti: He is a force of nature. He is this hulking, sort of elemental man of the earth, and he is also, just happens to be one of the greatest storytellers I have ever met. He is just a master of telling stories aloud.

Brendan Francis Newnam: It’s his stories, and your relationship to his stories that make up the heart of this book.

Brendan Francis Newnam: The subtitle you’ve chosen is Love, Betrayal, Revenge, and the World’s Greatest Piece of Cheese. We’ve heard a little about the cheese. Tell us about the Love and Betrayal. 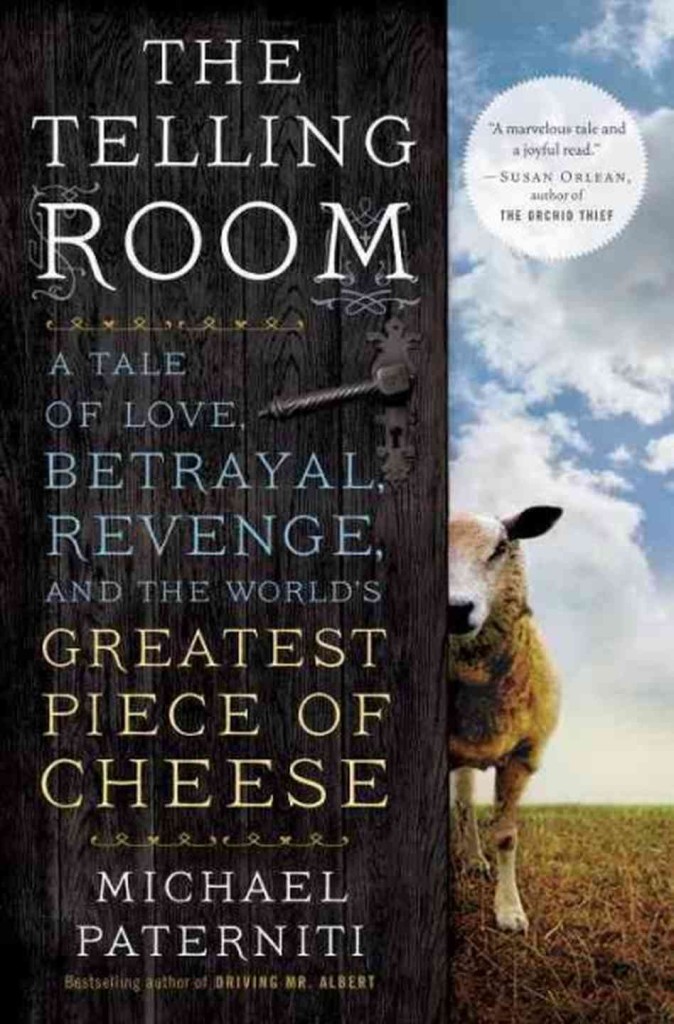 Michael Paterniti: I think it starts with Ambrosio’s love for this cheese that he made. The whole story that he told about starting to make this cheese again had to do with his father lying in bed near death, and Ambrosio sort of pleading to the gods to save his father’s life.

When his father did recover, Ambrosio sort of made this announcement that he was going to make an offering. And eventually it was to make this cheese.

The other part of love here is this love between two best friends, Ambrosio and Julian, who was a childhood friend and who Ambrosio alleged betrayed him.

As this cheese business got bigger, and as they looked to move into a bigger factory, Ambrosio signs some contract without reading them and lost control of the cheese, basically had his cheese stolen.

Brendan Francis Newnam: Someone moved it and stole it.

Michael Paterniti: And yeah, it was both at once.

Brendan Francis Newnam: And after the betrayal comes the revenge, so what is the revenge part of this tale?

Michael Paterniti: It started a little bit with Ambrosio ‘s plot to you know, murder Julian or to eliminate him, or to cause him some great pain.

He had in these conversations with me, sort of painted this portrait of how that was gonna go, and part of it connected to this idea that he would take Julian to an abandoned cave, and he would tie him up there.

He wouldn’t yell, he wouldn’t hit him, he wouldn’t do anything like that. He would just start by telling him stories of their friendship, but slowly over time he would by sharp knife, begin to whittle away at Julian by taking part of a digit or something, and then cauterizing the wound. So it’s like intense detail.

Michael Paterniti: I think part of the revenge became one of the storyteller’s revenge. That when you tell the story, you kind of get the ultimate revenge.

Michael Paterniti: It was really compelling, and disconcerting, and provocative. It just made me think very hard about what really was going on there.

Brendan Francis Newnam: So that story of Ambrosio building the cheese empire to honor the gods who spared his father, and the story of betrayal, Julian tricking him to give away his business… They show up at the beginning of the book, but by the end of the book, it seems like they aren’t really accurate.

As a reader, I wasn’t too disappointed, but how did you feel? You were someone who got pretty close to Ambrosio.

Michael Paterniti: Well it’s, it’s funny because my day job as a magazine writer requires this constant sort of skepticism, and in this case I just wanted to believe it. I just felt like a kid listening to an amazing fairy tale or a legend.

When you’re in that moment inside of a story, it feels timeless, and I didn’t want to lose that feeling. So for some reason all journalistic instinct fled my mind, and I was just shaking my head. Yeah, this is right, this is incredible. What, he betrayed you?

Brendan Francis Newnam: You end up getting really involved in the book, because you start getting wrapped up into the story, because you ultimately talk to Julian.

Michael Paterniti: Well, I did, I got sucked in. I felt like George Mitchell trying to negotiate the North Ireland peace process. At that point too, I had some, some questions of my own about sort of being implicated like that. I wasn’t sure that that was the role that I should be playing.

Brendan Francis Newnam: It had to run counter to all your journalistic instincts.

Michael Paterniti: Yeah, it really did. And yet, at the same time it felt necessary. It felt like there was this conversation going on, and the only way they were going to talk to each other was through me a little bit, and so I allowed it.

But I was just there three weeks ago, and there’s a similar stalemate. I don’t know if some of these violent impulses are as strong as they have been through the years. It’s kind of the classic Castilian grudge that may go on and on forever and ever.

Brendan Francis Newnam: And now you and your family are part of it. Well done.