Brendan Francis Newnam: You know, as I’m watching this movie, in a way, Robyn’s life is the opposite of being an actor. Or at least this trek was, because she’s alone, no one can see her. I’m wondering, did you find playing her, was she hard to relate to?

Mia Wasikowska: No. From the very first script, which was a lot more sparse than the film that is now, I found it very emotional and I really liked her character and felt like I understood her.

Brendan Francis Newnam: Did you ever meet Robyn?

Mia Wasikowska: Yes, I did. Yeah, I met her. I was scared to meet her, knowing her character from the book. I thought she would hate anybody who was playing her in a film, but the producers encouraged me to meet her, and said that she had a good perspective on what we were doing. Then I did, and she was wonderful, and it was very freeing to not have to kind of have that anxiety.

Brendan Francis Newnam: So, wait, you had anxiety that she wouldn’t like you because you were an actor, not anxiety about maybe distorting your sense of how you should perform?

Mia Wasikowska: No, more like, you know, she comes across as such a feisty, strong-willed person, and exactly that. Like, [Robyn had] a problem with the fact that her journey kind of already got hampered by National Geographic. So often, I think that happens: the thing that enables you to do the thing you want to do also kind of takes something away from the experience. And I think that’s how she felt about the trip being documented, because, originally, she just wanted to do it completely on her own. And then, in order to get funding, she had to have this guy meet her along the way, and he sort of represented everything that she hated about what she was trying to kinda get away from.

Brendan Francis Newnam: You know, there are moments in the movie when Robyn keeps getting harassed by the press who have learned about her journey, and it’s this odd juxtaposition. You’re in the desert, and then all of a sudden, there’s like this very cool-looking paparazzi – but paparazzi nonetheless. Were you able to draw from your own experience?

Mia Wasikowska: Yeah. The danger with me saying that I have a problem with that is that it’s such a contradiction because that’s so obviously a part of my job, but yeah, I can completely understand about that. Like, I almost think I’m gonna have a seizure any time I’m on the red carpet because it’s so horrifyingly overwhelming, just standing there while there’s all the flashes going off. You kind of don’t even know where you are, or if your eyes are even open. So, yeah, I can understand that feeling.

Brendan Francis Newnam: This may be a question you’re tired of being asked, but I have to ask. The camels are such an intense presence, especially in the beginning of the film. They’re snorting, they’re foaming. What was it like working with them?

Mia Wasikowska: Well, I did like a short camel boot camp, which was just kind of getting to know the animals, and they were really great. I think they get bad press because they kind of growl all the time, but you learn that that’s not attached to any emotion. It’s not attached to like an angry, aggressive emotion, they just sort of growl constantly. You learn their temperament really quickly and realize they’re very gentle, and they’re never going to do anything unexpected. Like, I think a horse is even more unexpected – they’re more likely to spontaneously kick you or something – but camels are relatively docile. Definitely the ones we were working with on the film.

Brendan Francis Newnam: So, you played Robyn, you’ve also played Alice from “Alice in Wonderland,” you’ve played Jane Eyre. Next year, I think you’re gonna be in Emma Bovary. You seem to have a knack for playing these iconic females. I’m wondering, was this a conscious decision, or have you just been typecast in the luckiest way possible?

Mia Wasikowska: No, it wasn’t really conscious, it just sort of happened that way. And then, I really like those books, and so, when they’ve come up, I’ve been like, “Yes, please, I would love to play that!” So, no, I didn’t mean to become the go-to ‘literary person.’

Brendan Francis Newnam: You’re a photographer as well, and I read that on the set of Jane Eyre you had a pocket sewn into your costume so you could conceal a camera?

Mia Wasikowska: Oh, yeah, I did. I mean, there was like so much fabric in my skirt that I was like, “They definitely can hide a camera in here.”

Brendan Francis Newnam: Well, that isn’t the case in “Tracks.” There was not enough fabric for you to carry a camera. Sometimes you weren’t wearing any fabric. Did you bring a camera, and did you document this shoot?

Mia Wasikowska: No, I was kind of maybe too overwhelmed of having to keep track of a camera in the desert, so I kind of replaced that with knitting. I took up knitting obsessively. 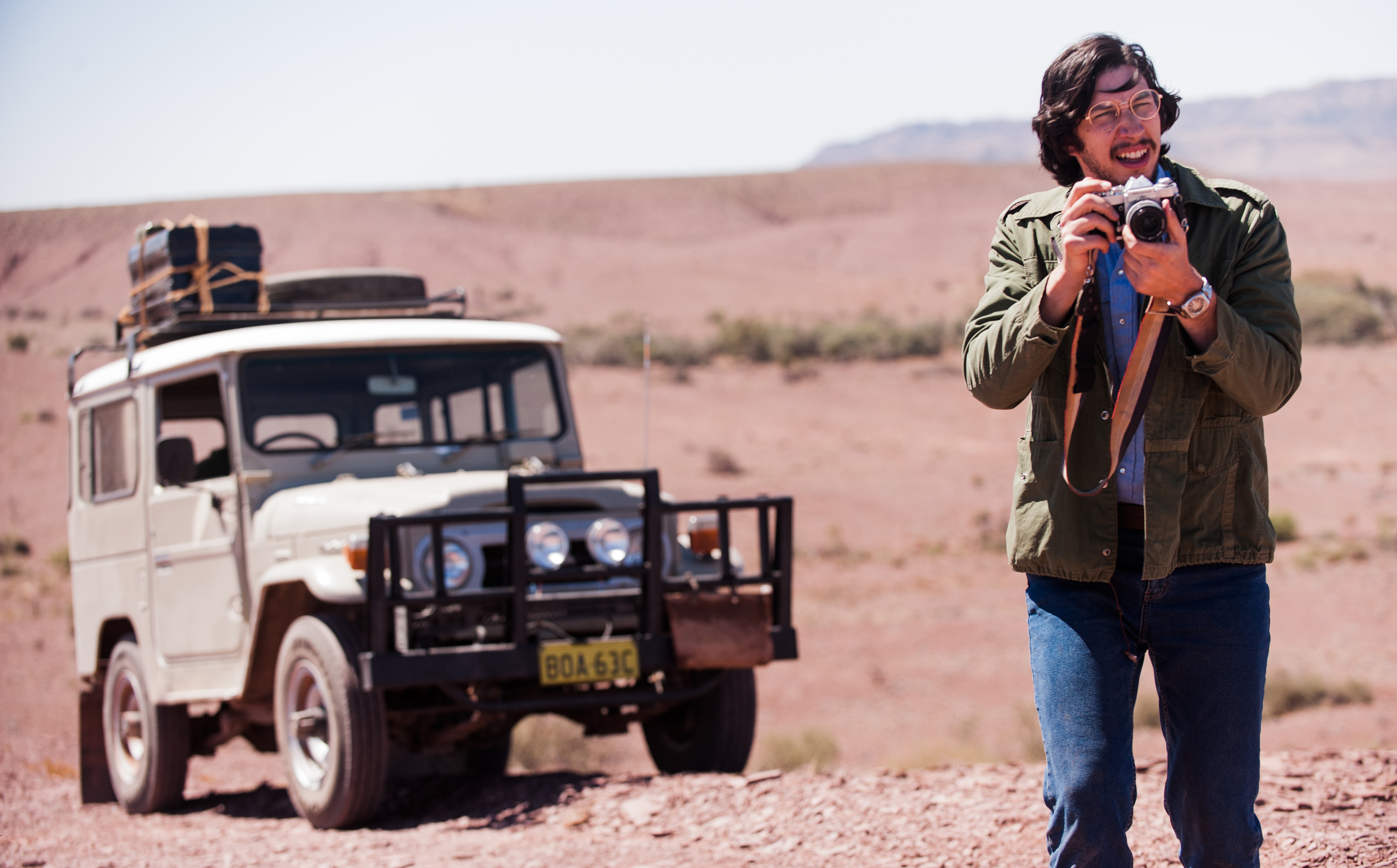 Brendan Francis Newnam: It seems like the last thing I would wanna do after being in the sun all day is knit a wool item, but, alright. Well, we have two standard questions that we ask our guests in the show, and the first one is, what question are you tired of being asked in interviews?

Mia Wasikowska: I’m sorry to say, but I think you asked it.

Mia Wasikowska: That’s the only one I can think of probably, because I’ve had that a couple of times.

Brendan Francis Newnam: It’s interesting, not only is there the danger of getting typecast in Hollywood, but you can get typecast by the press. Well, next time I’ll ask you about “Stoker” and “Only Lovers Left Alive,” okay?

Brendan Francis Newnam: Alright. Our second question is, tell us something we don’t know. This can either be a personal fact about you, or it can be an interesting piece of trivia.

Mia Wasikowska: Oh! Do you know what porcupines are?

Brendan Francis Newnam: The animal with the stuff that sticks out of it?

Brendan Francis Newnam: Yeah, I do know what porcupines are.

Brendan Francis Newnam: I didn’t know that. You’re not making that up?

Mia Wasikowska: No. And flamingos can live up to 70 years! That’s a fact.

Brendan Francis Newnam: How do you know these animal facts? Are these coming from your preparation for this role?

Mia Wasikowska: I’m not sure. They might have been on a lolly packet or something. You know how they sometimes have that?

Brendan Francis Newnam: So, wouldn’t a porcupine in water, it would basically be a blowfish, though?

Mia Wasikowska: Oh, yeah, I guess so. Yeah, that would make sense.

Brendan Francis Newnam: That would be a danger for children with water wings, because they would pop their water wings and they would drown, so…

Brendan Francis Newnam: And then flamingos being 70 doesn’t surprise me as much since they’re I think the state bird of Florida, and that’s where old people go.

Mia Wasikowska: Oh, there you go!