The story of how Jeremy Renner started acting goes that he agreed to play a domestic disturbance perpetrator in a skit at a training for Modesto police because it paid $50. Something clicked, he dropped out of junior college to pursue acting full time, and eventually made his way to Hollywood. A decade later, he was cast in 2002’s “Dahmer,” which lead to his break-out leading role in the wildly-decorated, massively-acclaimed 2008 film, “The Hurt Locker,” which, in turn, lead to a watershed of roles, including taking over “Mission Impossible” from Tom Cruise and the “Bourne” series from Matt Damon.

This month, he’s on screen in a less explosion-oriented role: that of Carmine Polito in American Hustle. In the film from David O. Russell (director of last year’s hit “Silver Linings Playbook”), Renner plays the mayor of Camden New Jersey who gets involved in a con that’s almost as elaborate as the disco-era hairstyles sported by the stars.

Brendan Francis Newnam: When “American Hustle” begins, the screen has the words “Some of this actually happened.”

Jeremy Renner: Yes, yeah. I always interpret it like some of this could have happened or might have happened, but that’s just a great way to start the movie. It’s very David O. Russell, if you ask me.

Brendan Francis Newnam: And it lets people know that this is partially based on a true story, and you’re playing a character, Carmine Polito, who is based on a real person. How much of your portrayal is fact and how much is fiction?

Jeremy Renner: Yeah, Carmine Polito was drawn from a real life character who had just recently passed away. His name was Angelo Errichetti, and he was the mayor of Camden, New Jersey and the leader of the state assembly of New Jersey.

He had this quote saying that “All people are good, and be good to all people.” I’m not sure if that even made it into the movie, but I certainly based the character on that sort of belief system and that sort of moral compass.

Brendan Francis Newnam: You’ve talked about in other roles you’ve played about how you learned something from each of your characters. What did you learn from Carmine or this experience?

Jeremy Renner: The experience is different than what I sort of learned from diving into just the character.

The character sort of solidified what I had in common with him. You know, I have to have something in common with the characters, and it was sort of these sort of belief systems. So that’s what I really gravitated to, him being a very family man, simple in how he speaks, there’s no veneers, there’s no smoke and mirrors, it’s all pretty much a very straightforward guy, and that’s what I kind of put into Carmine.

What I learned throughout the entire process [of making the film] was ultimately about being fearless, about trust, and about failing – at least being allowed to fail – which means you can stretch. Not being afraid to stretch and fall on your face.

I mean, David shoots in a very interesting way, where it’s a world. It’s shot in 360, so you’re literally in a three-dimensional play. Everything you’ve learned, or I’ve learned, prior in any movie just goes out the window.

Brendan Francis Newnam: Well this movie is unlike a lot of the other films you’re known for. You’re now part of three major movie franchises. You are the center of the new “Borne” films, you are part of the “Avengers” films, you are now part of the “Mission Impossible” films. On the one hand, that’s amazing, but on the other hand, I wonder if that sort of success hinders your ability to enjoy that success? Like, maybe you can’t go skiing because, if you do you’ll break your leg, and then three big movies will grind to a halt?

Brendan Francis Newnam: So you just don’t do things where you might break your legs?

Jeremy Renner: I probably do. I mean, you could cross the street in New York and you can get, you know, come on, your life’s in your own hands! I don’t know if it really shifts anything. I don’t feel accountable or responsible to my work, except when I’m working.

Like, I haven’t worked out in a year and a half, brother. I know I’m going to have to get in shape for this next year, but I can’t live my life always through work. Now I have a family of my own. That’s what I’m accountable to.

Brendan Francis Newnam: All right, well I have a question about your life outside of work. By all accounts, you’re a pretty savvy real estate investor. You’ve flipped something like 15 homes, made a bunch of money doing it. Do you have any advice for me, a humble radio guy who rents right now, and maybe wants…

Jeremy Renner: I did it by doing it with one of my best friends, he’s like my brother. We didn’t have any money. I mean, I had a contract to do a movie, but I still had zero money, and I kind of got a loan with a little money, and we got this spot

Brendan Francis Newnam: It would help if I had a movie contract I think.

Jeremy Renner: That would help, but, you know, to try and create a little bit of freedom in the capitalist society we live in, it’s nice to know that you’ve parked money into something that will keep rain off your head.

Brendan Francis Newnam: This is gonna be last interview ever. I’m gonna quit radio and just go into investing after this. 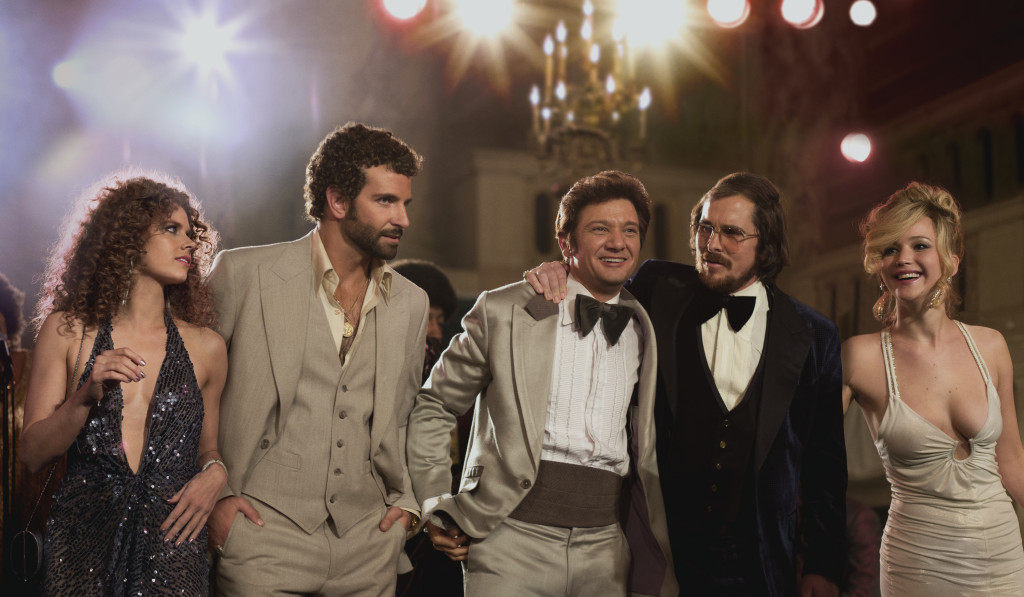 Jeremy Renner: No, you’ve gotta diversify. You’ve gotta keep it all; you spin a lot of plates.

So let me ask you a question we ask all of our guests. What question are you tired of being asked in interviews?

Jeremy Renner: At the moment it’s talking about my hair from “American Hustle.”

Brendan Francis Newnam: Yeah, which is this beautiful bouffant.

Jeremy Renner: Yeah, yeah, I understand why people ask about it. You know, it makes a statement I think, but like, you know, it’s the last thing I want to be talking about.

Brendan Francis Newnam: It’s the most hair you’ve ever had in a movie.

Jeremy Renner: I think ever in my life.

Brendan Francis Newnam: And it opens on Christian Bale’s hair, but your hair actually ends up taking the cake.

Jeremy Renner: I don’t know about that. I think that’s subjective.

Brendan Francis Newnam: All right. Our second question is, tell us something we don’t know, something you’ve never talked about in interviews before.

Jeremy Renner: [Something I haven’t talked about is] how lucky I am to be sitting here now, because there’s so many different ways I could have gone in life. I had many passions. I mean, I literally could be a pro-bowler right now.

Brendan Francis Newnam: You were a bowler?

Jeremy Renner: Well when I was bowling, yeah. The game put me in therapy. There you go, there’s your clip.

Brendan Francis Newnam: Wait, the bowling put you in therapy?

Jeremy Renner: The sport of bowling put me in therapy.

Brendan Francis Newnam: Not physical therapy, because you hurt your wrist?

Brendan Francis Newnam: You’re like, “My life is in the gutter!”

So I had an issue with that because I got to a certain level at a very early age. You know, I had a 210 average at the age of 12-13. And I was bowling against like full adults, and I didn’t have the emotional capacity or spiritual capacity to overcome my own, you know, anger or frustration from not bowling consistently enough.

Brendan Francis Newnam: So we’re not gonna see a bowling alley in one of these houses you’re developing?

Jeremy Renner: No, people, I can’t do it. People bowl for fun. But it’s like, even if I picked up a ball today, it’s like, “Oh we’re gonna do this. We’ve gotta get after it now.” Like I can’t just lay up.

Brendan Francis Newnam: Your friends don’t like bowling with you.

Jeremy Renner: No, I don’t like bowling with them, cause they can have fun doing it and I can’t.