Brendan Francis Newnam: Griffin, what did you think when you first met your character, Louis Birch, on the page?

Griffin Dunne: I was struck by how sort of prescient it felt to my life. You know, the guy I play is an academic who has had his ups and downs in both his career and his personal life, and was kind of entering a new stage in his life. He wasn’t sure where it was gonna go, was sort of filled with hope and then disappointment in the blink of an eye. You know, having been acting and directing and producing for, like, 30 years, not every one of those 30 years is gonna be incredible. So, I understood that, and certainly had my share of love life disappointments. And I’m a father, so I mean, I have a lot of life to draw from. So, I was really struck by the emotional core of the character, and the sweet, sad, funny quality of the whole script. 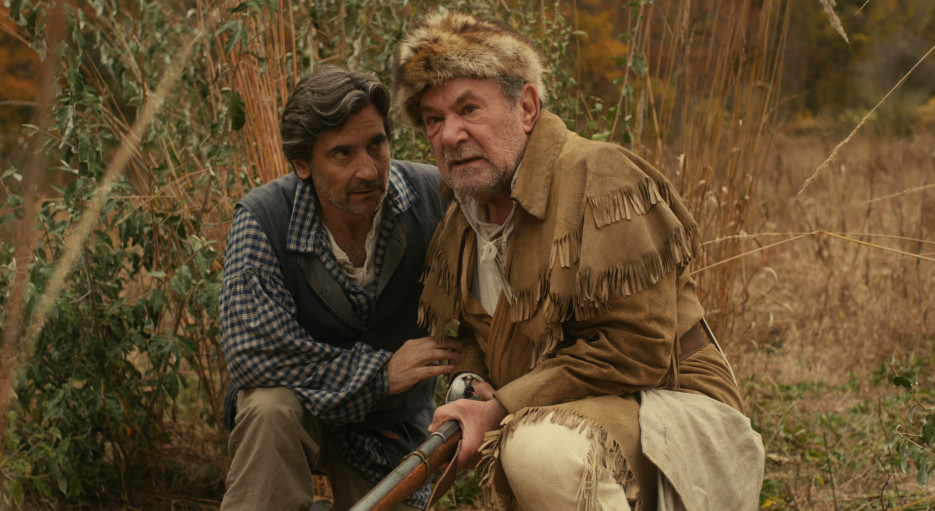 Brendan Francis Newnam: The movie is about a man who is a father and a son, and you, quite famously, are half of a famous father-son duo. Your father is Dominick Dunne, the writer, film producer, and journalist. One of my favorite parts of The Discoverers is your character’s relationship with his daughter. It’s such a wonderful depiction of a relationship between two strong characters. I was wondering if you drew upon your experience as a son.

Griffin Dunne: Well, no, I actually draw on my experience as a father with my own daughter, who’s also now just starting out as an actress.

Griffin Dunne: Hannah, yeah. She is a very strong-willed person, very intelligent and very stubborn, calls things like it is, you know, and I’ve never been a dad that talks to her like she’s a little kid, and the character that I play talks to his daughter the same way.

Brendan Francis Newnam: Did you and your father have a similar kind of back and forth?

Griffin Dunne: No, actually. My dad was much more… When I was a kid, he was much more elusive. His priorities were much more – as I think was the case with many parents then – being a parent was second to work, and social life.

Brendan Francis Newnam: I heard you tell a story once about how they used to throw these great parties with big, big names. And sometimes, if it was a school night, they would park you and your brother and sister at a hotel, in your pajamas.

Griffin Dunne: We would go, on a school night, my sister’s – what do you call it, nurse, babysitter, whatever – would take the three of us to the hotel. We would walk through the lobby in our pjs, you know, with our little slippers, and our bookbags for school the next day. They would party ’til dawn, and, you know, sleep off their hangover all day, and we’d come back from school and still see the remnants of broken glasses in the corner and cigarettes put out on the floor.

Brendan Francis Newnam: It was kind of like “Mad Men” era, in Hollywood, though.

Griffin Dunne: It was very much “Mad Men.” In fact, I’m the same age as the daughter in “Mad Men,” I was just thinking about that the other day.

Brendan Francis Newnam: Oh, when, you were that same age.

Griffin Dunne: I was that same age. Like, right now, in the last episode, I saw her in boarding school, and I was doing the math and I went, “God, that kid’s the same age as would’ve been me.” And I figured it out because everything looked exactly as I remembered it.

Brendan Francis Newnam: The art direction was that dialed in.

Brendan Francis Newnam: So, along with acting, you’ve also directed a number of films, produced a number of movies, including “After Hours.” In “The Discoverers,” you were working with a first time director, Justin Schwarz. Was it hard for you to just be an actor? Were you tempted to give advice, or chime in on things?

Griffin Dunne: It was very important to me to just be an actor. And I was thrilled to just be an actor. If you’re just an actor, all you have to do is think about the one thing. I knew if I thought about, like, “Why is he putting the camera there?” or “That’s awful direction!” or any judgment of any kind, which I didn’t really, I just didn’t think like that. Justin, being a first time director, directing a guy who directed, you know, a few movies before, he had nothing to worry about with me, and I made that very clear.

Griffin Dunne: I’ve seen some really great ones working, and the last thing I would want would be to intimidate someone who’s got so much work to do.

Brendan Francis Newnam: Well, speaking of greats, I have a question that’s unrelated to this movie. I feel a little guilty asking it, but I have an opportunity, so I’m going to. Joan Didion, the great American essayist, it wasn’t until I read her last book, “Blue Nights,” that I discovered that she was your aunt. Which immediately made sense, because her husband is the author John Gregory Dunne, who shares your name. As a big fan of Didion, I just wanted to ask you about your relationship. Are you two close? Has she been a part of your life?

Griffin Dunne: Yes, very. I’m also, you know, very aware of her fan base and her legacy. I’ve never seen anyone have such a profound effect on so many different kinds of people. Like, some people say they moved to New York because they read “Goodbye to All That.” So many people say, “I became a writer because I read Slouching.” Since she was so personal about her own observations, they would look inward at their own lives and kind of decide what kind of person they wanted to be. 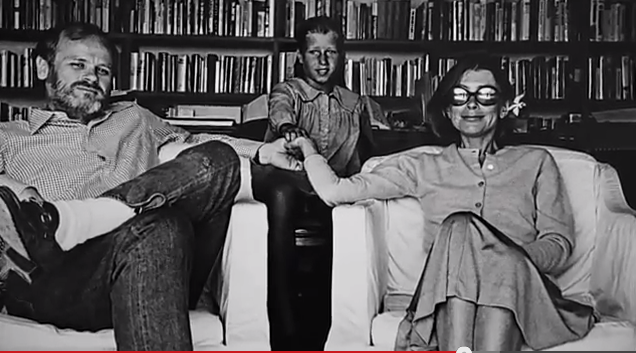 Brendan Francis Newnam: And your father produced the film version of one of her novels, “Play It As It Lays.”

Griffin Dunne: You know, I remember when that book came out. It was just when I was starting to get really excited about books and kind of overcoming my own reading issues.

Griffin Dunne: I had dyslexia, yeah. And, but I found I didn’t have dyslexia if I was reading something I really loved. Funny, that.

Brendan Francis Newnam: Interesting. Did you learn that after boarding school?

When the movie was shooting, I was also a PA on the set. My first PA job. I remember – you know, they have a thing called a ‘hot set,’ that’s what you’re going to be shooting on, and where everything is is supposed to stay just where it is – ad, the director, Frank Perry, asked me to get him a coffee. It was my first thing. He goes, “Alright kid, your first job is, get me a coffee, I like it black, and a little of this, and bring me a little danish.” I couldn’t find the craft service, so I went and I made coffee right there at the set. On the set. And the prop person, he went, “Who screwed up on the set!? Where did everything go!” And I made him instant coffee.

Griffin Dunne: Double screw up. And he took one sip and he threw it against a wall.

Griffin Dunne: Absolutely. No, he was actually showing me a lesson, like, “I’m not treating you in any way special, in fact, I’m gonna torture you.”

Brendan Francis Newnam: Did having famous family members ever feel like a burden to you?

Griffin Dunne: Not really. You know, my father, for example. I was already working as an actor and was kind of well on my way when he was completely broke, living in Oregon, his movie career just in flames. He totally flamed out. So, it wasn’t like, “Oh, that’s Dominick Dunne’s son.” It was actually the other way around, you know. So, when he reinvented himself, really rose from the ashes, he was making his own legacy. And I’ve always been so incredibly proud and in awe of my aunt and uncle all my life, and if I was maybe not doing so well with a girl I was flirting with, I’d have to drop Joan’s name, and it worked, it closed, it closed the deal every time. So, yeah, so I used that legacy as much as I possibly could.