Cindy Crawford is one of the most iconic supermodels in fashion history. In her new book, “BECOMING,” she uses images from photo shoots as launch pads for stories about her life and career. She shares some of the scariest with us.

Cindy Crawford: One of my favorite chapters in the book is about overcoming fears. I’m going to share three of my little stories that are in the book about scary things that I’ve been asked to, and how I either did it or figured out how not to.

Standing up for herself in the steam room 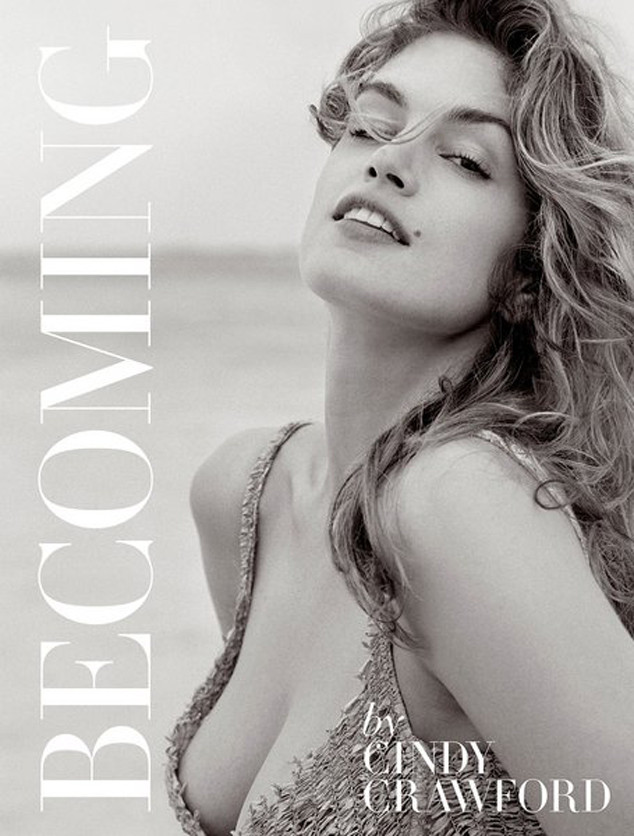 I got invited to do a shoot in Bermuda for British Vogue. And it was very exciting. The photographer had me shooting a spa story. So we were shooting in this beautiful spa in Bermuda, and he wanted this shot where I was in a steam room.

They said, “OK, put on this swimsuit and go stand in the steam room, and we’re going to shoot you from outside the door, through the glass.” He’s clicking away, I’m getting hotter and hotter. Sweat is beading on me, which is what I’m sure they wanted it to look like. My skin’s getting red.

Now I start getting dizzy. But I’m a young model, so I just keep doing it. Until, finally, I remember kind of like, knocking on the door as a sign, like, “Hey, can you let me out now?” And I don’t know if it was the fact that I was feeling dizzy, but in my memory, the photographer is laughing but not opening the door.

I passed out and hit the floor. Then they finally did open the door and drag me out of the steam. Probably not my most glamorous photo shoot ever, but it was a really great lesson for me as an 18-year-old young girl from the Midwest, that I had to stick up for myself.

When you get the opportunity to shoot with Annie Leibovitz for Vanity Fair, you say, “Yes!” I would be photographed as Eve in the Garden (Ed. note: warning NSFW), and as we all know, part of the Eve story is there’s a very large snake, and also, Eve is naked, if you recall.

So, there’s a big hedge behind me because it’s supposed to look like the Garden of Eden. And this snake wrangler comes over with this gigantic python or something. I don’t know. It weighed, like, 40 pounds. And handed it to me, literally, like a boa, like a feather boa, behind my shoulders. And I did not move a muscle as the snake kind of settled on me.

The thing that no one prepared me for was that this snake, and I’m assuming other snakes, they really stink! And I’m just standing there trying to portray Eve — sensual, serene, beautiful — and at a certain point, my shoulders start getting squeezed together. And the tail of the snake started wandering in private places that I did not want that snake wandering. I see the snake wrangler, you know, rush in from the side, grab the snake.

I could not have been happier when I heard Annie say, “I think we got it!”

One of my favorite photographers to work with is a French photographer named Patrick Demarchelier. He loves women, and he’s fun, and he’s fast. I was doing a shoot with him in Hawaii, and they wanted to do some pictures with the surfers. I was cool with that. “Yeah, whatever, tell me what you want.”

“Oh, well, we would like you to get on that surfer’s shoulders.” And I’m like, “OK, I can probably do that.” I was wearing a gown and heels, by the way. Then they said, “Oh, but you’re actually going to paddle out in the ocean with him on the surfboard, and once he starts surfing in, that’s when we want you to climb on his shoulders.”

I was like, “What?!?” And then, the editor told me not to get my hair wet. It’s impossible!

So, as I’m trying to compute all these things they’re asking me to do, I had a moment where I was like, “I know how to get out of this.” In my best dumb model voice, I’m like, “You know what, Patrick? I don’t understand what you’re thinking about, but if you show me, I’m sure I could do it.”

Needless to say, we did the shot standing on the sand, and the funny thing is, I’ve used that line many times since. I’m like, “Could you just show me that?” And all of a sudden, they think of something else.