“National Lampoon’s Christmas Vacation” came out in 1989 and it’s now considered a holiday classic. The movie follows the Griswold family as their patriarch Clark (played by Chevy Chase) tries to host the perfect Christmas, but is foiled by in-laws, mean bosses, and wild animals.

By his side through it all is his wife Ellen, played by Beverly D’Angelo. She’s the star of films like “Coal Miner’s Daughter” and “American History X.” When Brendan spoke with her, he first asked if she thought “Christmas Vacation” would be a hit.

Beverly D’Angelo: I didn’t want to even do the first “Vacation”! I had just like come off “Coal Miner’s Daughter,” I was on a little hot streak and you know the rule of thumb is: “don’t work with animals or kids.”

I was 29 and Anthony Michael Hall was 15. I was trying to do the math on that. But in retrospect, it was kind of great because everybody thought, “Oh God, that’s the world’s hottest mom!” Because I was a kid, so it made me look great.

But I did it. You know, it’s National Lampoon. It’s going to star Chevy. He’s got a bunch of fans you know, from “Saturday Night Live.” And it’s a satire. I don’t think I’m alone in this: nobody approached any of these movies as, “And now, let’s make a classic that will stand the test of time!”

Brendan Francis Newnam: Well part of its staying power, I think, is that this is a satire of family expectations around the holidays, which everyone struggles with. And, you know, I think many people find the holidays oppressive because they feel like they have to match an ideal.

Beverly D’Angelo: And there’s something intrinsically wrapped up in the Griswold universe with American mythology. We have a myth going that if you work hard enough you will succeed. And, you know, I think that when you look at the Griswold family, what resonates is that that’s not always true.

Brendan Francis Newnam: You see Chevy Chase’s character, Clark Griswold really coming to terms with that reality in probably one of the most iconic scenes in the holiday movie genre. Can you set that up for us?

Beverly D’Angelo: Well, OK. Here’s how it went: Chevy as Clark Griswold is so excited to share what he’s going to do with this Christmas bonus that’s just been delivered to him. When he finds it’s not what he hoped for, he then launches into a tirade that, to me, is a stand-alone in the cinematic history of losing it.

[Laughs at hearing the scene.] You see what I mean?

Brendan Francis Newnam: Such a classic scene! Do you by any chance remember the day you shot that scene?

Beverly D’Angelo: Well, when you run a scene, you have to block it. You are assigned a place to stand for camera placement and all that kind of stuff. But this particular scene, it was blocked in a way that would allow each of us to have around our necks a piece of rope that was attached to a big cue card.

The rant was divided into sections so that he could go all the way through from the beginning to end without a chance of forgetting his lines or flipping his lines. They were all right there. So we didn’t have the lines in order exactly, and if you watch it you can see him [laughs]. His eyes go from character to character as he’s going on in the speech because we’ve got the lines there.

You hear those stories about how Marlon Brando would wear an earpiece, or he’d have like his lines stuck on the ceiling, or in a bowling ball, or something like that. So, I want to make it clear that the fact that we were wearing cue cards was not about any actor’s incompetence. It had to do with our knowledge that the way to have Chevy sail was to have it there at his fingertips in case he needed it. 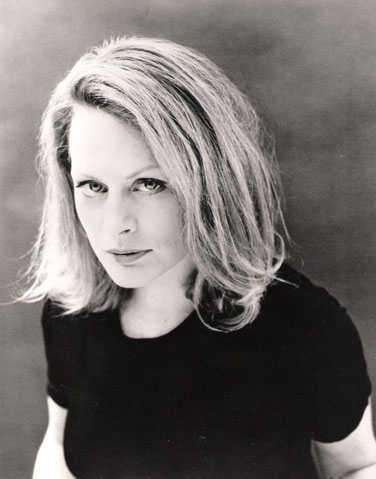 Brendan Francis Newnam: So Chevy is in good company is what you’re saying. Looking back at that movie now, I’m sure you see it once in a while. Does anything else stand out for you?

Beverly D’Angelo: There was a brilliant costume designer named Michael Kaplan. And Michael had really established himself with “Flashdance” when he had created trends with the cutoff sweatshirts and stuff.

So he was the costume designer and he said, “Listen, let’s put Ellen in like angora sweaters and capri pants and kitty cat pumps. Let’s really hot it up, right?” And whereas that probably would have been a great look for me that year, I said, “Nope! That’s not Ellen.”

My one rule for costumes was that I didn’t want to wear anything that was locked in a time. I was thinking more of my mother. She wasn’t in the world of fashion or trends. She was at home, you know? It was just how I saw the character because, especially me, I mean, I had a wild life. I was married to a duke at the time. I was living in Italy. I was insane to put myself in the position of a mother. Honestly, it was an acting turn for real.

Brendan Francis Newnam: But your outfit wasn’t all that modest, Beverly. I was just re-watching this and you know, there’s kind of this big keyhole in your blouse right around your décolletage.

Beverly D’Angelo: Well, I mean, come on. I had the great boobs.