Flipping through food blogs this week, Rico noticed a preponderance of odd stories about beer. So, to round them all up and add some insight, we turned to William Bostwick, whose enviable job title is Beer Critic for GQ and the Wall Street Journal. William just penned a book about beer history, “The Brewer’s Tale: A History of the World According to Beer.”

Rico Gagliano: Tell me about this new limited-edition beer that came out this week, Beer for Breakfast?

William Bostwick: That’s a new beer coming out of Dogfish Head, one of the top craft breweries in the country, famous for putting bizarre things into beer. They brewed a beer with chocolate and lobsters. And their latest has scrapple — kind of a central east coast breakfast mashup of pork cracklins and pork scraps and corn meal. They brewed a breakfast beer with coffee and milk [sugar] and maple syrup and, just to top it all off — why not? — pork.

Rico Gagliano: Have you had a chance to taste this thing?

William Bostwick: I have not tried the scrapple beer yet.

Rico Gagliano: Do you have high hopes? I’m assuming you’ve tried at least another of those ‘novelty blends’ of theirs.

William Bostwick: I have tasted plenty of beers with weird things in them. And I have medium hopes. You know, beef bouillon was a common additive to beer in Victorian times, to give it some body. 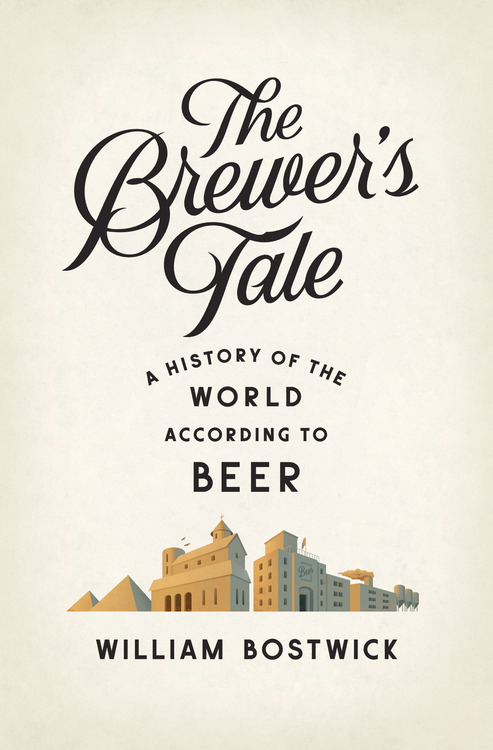 William Bostwick: Yeah, so who knows? Maybe this one will have a nice little fat-back to it from the pork.

Rico Gagliano: But is there a limit to limited-run novelty beers? I know there is that Scottish brewery that keeps putting out super expensive, mega high-alcohol beers, that clearly ten people are going to buy.

Rico Gagliano: That’s really just for publicity, right? Partially it’s so we’ll talk about it now, on the show.

William Bostwick: I think, for some people it is. But I really do feel like, for Dogfish Head, they try really hard to see what can be done with beer that hasn’t been before. And that means trying pretty much everything in the kitchen.

Rico Gagliano: All right — speaking of kitchen implements, the next thing on the line here is something called Hoppier? I’m not sure I fully understand what this thing is.

William Bostwick: Right, so, The Hoppier is kinda like an espresso machine for beer, invented by this British engineering and consulting group. The way that it works is, like espresso, you pack this kind of cup full of hops — hops are the leafy flower that give beer its bitterness and also a lot of its aromatic components —

Rico Gagliano: IPAs have a lot of that.

William Bostwick: Exactly. So, say you get a beer at the store and it’s not hoppy enough to your tastes, what you can do is pack this little cup full of hops, and pour the beer through it, just like pouring hot water through a cup full of coffee grounds to make your espresso. The idea is that it will pick up a lot of that hop flavor after the fact.

Rico Gagliano: You could take maybe a cheap beer, you could run PBR through it…

William Bostwick: Yeah, that seems to be the idea. You can save money by buying crummy beer and filtering it through hops. But, you know, in my mind, it’s kind of like painting racing stripes on a minivan. I mean, you already have the beer, just adding more hops to it is not really going to incorporate well into the overall flavor.

William Bostwick: Right, this is the most egregious addition to beer we have heard about this week.

William Bostwick: Right! That’s the allegation. A Seattle news team at KOMO went out to the stadium, pulled a bunch of samples of beer from the various little stalls, sent it back to a lab to get it tested. And what the found was that the ABV — the alcohol by volume — of these beers was coming in about half a percent lower than what the beers were advertised at.

Rico Gagliano: So this is almost twice the legal limit. Do we know why this is happening? Are they actually watering it down at the point of sale or is it being delivered from the brewers with less alcohol?

William Bostwick: We don’t know. Further research is required. Much to the delight of the researchers, I imagine.

Rico Gagliano: I also do wonder, though, what led [the news team] to want to conduct this experiment. Are these guys just really hard drinkers and they were like, “Normally by this point I’d be sauced! Something’s going on!”

William Bostwick: Yeah, “Something awry!” which raises the question, you know, is this a crowd-control measure — drunkard enforcement?

Rico Gagliano: Ah, not just watering it down for profit. Although, you just wrote a book about beer history. There must be many famous examples of beer being watered down to make an extra buck.

William Bostwick: No… Actually, Victorian England was kinda the golden age – or dark age, depending on how you look at it – for putting bizarre things in beer. This famous beer critic at the time, a guy named William Loft, called it “homicidal quackery.”  And most of this was done to make beer stronger. Brewers would put in opium, one book advertised cayenne pepper for “a sensation of warmth.” Whether any of this worked, well, I guess we’ll look to Dogfish Head to test it out.