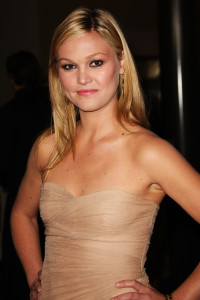 Actress Julia Stiles became a star with the 1999 teen flick Ten Things I Hate About You, which made Shakespeare's Taming of the Shrew a hit with the MTV set. Since then, she has appeared in films like Save the Last Dance, The Bourne Identity, and Silver Linings Playbook. Her newest film, It's a Disaster, opens this weekend. The dark comedy about a couples brunch set during the apocalypse is already earning impressive reviews. Julia spoke with Brendan about anti-brunch clubs, instant stardom, and eating lipstick.