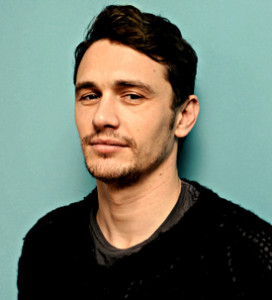 James Franco is a major Hollywood player, but he doesn't act that part; he's also a writer, a student, and an artist. Last year, he assembled an art exhibit called "REBEL" at LA's MoCA, in which he and other artists riff on the myth and iconography surrounding the James Dean classic "Rebel without a Cause."