Writer Nick Hornby is the author of best-selling novels including “High Fidelity” and “About a Boy,” both of which were turned into hit movies. Mr. Hornby is equally adept at adapting books by others for the screen, as he did with his Oscar-nominated screenplay for “An Education” — and now with his adaptation of Cheryl Strayed’s best-selling memoir, “Wild.” Between book and film projects, he is a noted cultural critic, including a recurring column in The Believer, and so we invited him to critique- and, perhaps, adapt – our listeners’ behavior.

Nick Hornby: Thank you. It’s good to be here.

Brendan Francis Newnam: So, we’re super excited to have you here today, and I was mentioning to a coworker you were coming in, who is a fan of yours by the way, and he was like, “Nick Hornby wrote the screenplay for ‘Wild’?” And I think, even decades after writing “High Fidelity,” people associate you with smart stories about people who are into pop culture. What led you to this? 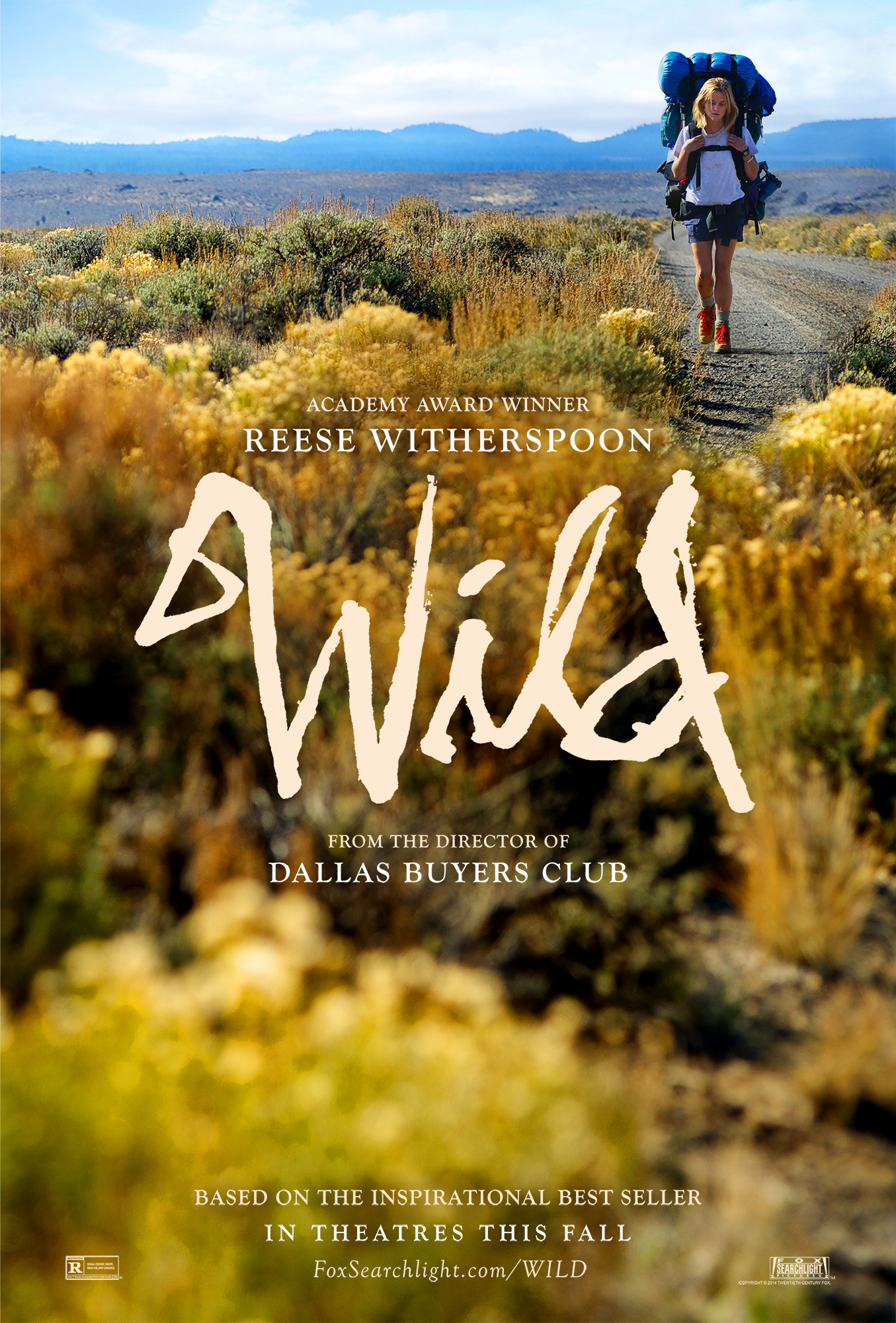 Nick Hornby: Well, actually, Cheryl’s into pop culture, and one of the ways in which I really responded to the book was her relationship with all culture, actually, with how it transcends movies. And I think one of the great things about the book, and one of the reasons it’s taken off in the way that it has, is it puts the kind of hopeless, liberal arts sensibility onto that trail. It’s really not a book for experienced hikers or about experienced hikers.

Rico Gagliano: Yeah, that’s true. Am I correct in remembering that you’re a producer on this film as well?

Nick Hornby: Yeah, but it doesn’t mean an awful lot, I think. You get to a stage when you’ve had a couple of movies made where one’s agent asks for a producer credit and one gets one.

Brendan Francis Newnam: Wow, I look forward to that.

Rico Gagliano: But my question being, as a producer, did you have a lot of influence on the music in the film? There is a lot, especially Simon and Garfunkel.

Nick Hornby: Well, I took a couple of things from the book, added a few more that it seemed to me that a person like Cheryl would like.

Rico Gagliano: What was one of yours?

Brendan Francis Newnam: Far away from his native environs.

Rico Gagliano: In both the book and the movie, you’re right, she’s inspiring herself with literary quotes, she’s singing pop songs to herself. There is some parallel between the journey of a hiker and being a writer, this kind of long, lonely slog. What do you do to keep your spirits up when you’re stuck in the middle of a book or a script?

Nick Hornby: Well, I do listen to a lot of music. Music is petrol to me. It’s one of the things that goes in and comes out in a different form, I think. It’s a sound that I’m trying to convert. I think anything you read, any movies you watch, any music you listen to, it all goes in there and comes out as something.

Brendan Francis Newnam: I hope you’re right, Nick, because I consume a lot of stuff, and I sometimes fear it drains out of my brain like a bathtub when the week begins.

Rico Gagliano: All Brendan has to do is watch one more rerun of MASH and he’ll be ready to write his novel.

Rico Gagliano: Nick, we have all of these etiquette questions. Our listeners are desperate for answers. You ready for these?

Merging libraries – and judging by clouds

Brendan Francis Newnam: So, our first question comes from Dara in Los Angeles. She writes: “When is the appropriate time in a relationship to merge music and book collections? When you move in together, get married, never?”

Nick Hornby: I think you should do it the first time you go ’round to someone’s house. You really put pressure on them. You go, you check out what books and music they’ve got, and then you go home and you chuck all yours, and then you say to the person, “You have to move in with me now because I’ve junked everything that we have in common.”

Rico Gagliano: So, you don’t so much merge collections. You get rid of yours and take theirs.

Nick Hornby: Yeah, exactly. But I mean, it’s interesting because how’s this going to work in, like, one generation’s time? Are people going to say, “Darling, we have two of these, let’s delete them and put them in the cloud?”

Rico Gagliano: This is true!

Nick Hornby: We all own everything, anyway, without ever paying any money for it.

Rico Gagliano: That’s right. Humanity has merged its record collection, in the cloud.

Rico Gagliano: Why do we fight? Why are we at war?

Brendan Francis Newnam: Well, I think the real trouble is going to be trying to find a mate when you go to their house and you have no conversation piece because you’re just staring at a silver box.

Nick Hornby: There is absolutely nothing!

Brendan Francis Newnam: “You too use the cloud.”

Nick Hornby: “I like every piece of music in the world as well. I see you do!”

Rico Gagliano: We have that in common. Alright, well, there you go. Dara, somewhere in there lies an answer.

No excuses for sporty butt-swats

Rico Gagliano: Alright, here’s something from Chris in Chapel Hill, North Carolina, and this kind of goes to one of your first books, “Fever Pitch,” which is about your sports obsession. “Is it okay to pat someone on the rear end, as in good job, during a casual pick-up basketball game?”

Nick Hornby: Being English, we haven’t touched anyone…

Brendan Francis Newnam: There you go. So, I think there’s your answer, Chris. It’s not okay.

Books and movies can do different things differently

Rico Gagliano: Alright. So, this next question comes from Tim in Lexington, Massachusetts. Tim writes: “I am so sick of people telling me when I express a positive view about a movie that, ‘The book was better.’ I’m willing to accept that the book was good. In fact, I love books! But books and movies do different things. How do I politely convey this sentiment, you know, without coming across like a jerk?”

Nick Hornby: Well, the first thing to say is there are a lot more people that see movies than read books, so I’m very impressed that all your friends are so down on movie adaptations.

Nick Hornby: I mean, obviously, I’ve had some experience of this. It doesn’t matter what book it is and what the movie is like, people will always say, “My favorite scene was missing.” That is the rule of movie adaptation.

I mean, movies are something different. That’s all you can say. In terms of screen time, a movie is, very crudely, a quarter of the length of a book, so three-quarters of it is missing. Sometimes movies can give greater emotional punch than a book, but they can never be quite as sophisticated. There’s just nothing you can do about it.

Brendan Francis Newnam: Do you think, as an author, now that you’ve adapted a couple books, do you approach it differently maybe than someone who hasn’t written a novel?

Nick Hornby: The only way I approach it differently is I always make sure that the writer is in the loop. Sometimes books can disappear, literally, for years. You know, there can be two or three years in that process where you simply don’t know what’s going on or what’s happened to it.

Rico Gagliano: And was there actually a moment where you wanted to do something to the script and Cheryl was dead set against it?

Nick Hornby: No, never ever. And I said to her at the beginning, “You will find parts of this difficult,” especially as it’s a memoir and it’s a very, very personal memoir. Effectively, she has to watch her own mother die on screen, and it’s a very difficult experience, but she was never phased for a moment.

Rico Gagliano: I mean, she had nothing to say?

Nick Hornby: She always understood that the movie had to be an hour and three-quarters long, and the book was 400 pages long.

Brendan Francis Newnam: I have a question, Nick, not for spoilers, but do you still have the character walking down the Pacific Crest Trail? Because that was my favorite part of the book.

Nick Hornby: No, it’s all about the backstory. There’s no trail anymore.

Brendan Francis Newnam: Darnit, I think you missed an opportunity.

Nick Hornby: No, you see, this is where you’re naive. Do you want to go and see “Wild II”? I think you do! That’s why I’m a producer on this movie.

Brendan Francis Newnam: This is why you get the producer credits.

Rico Gagliano: Thank you so much for telling our audience how to behave.

Nick Hornby: Well, it was a lot of fun. Thank you.