Rico Gagliano: Kristin Newman wrote for some of the biggest hit sitcoms of the past couple of decades, including “How I Met Your Mother” and “That 70s Show.” Her new book is called “What I Was Doing While You Were Breeding.” It’s a memoir of her globetrotting travels. looking for adventure and love… and often finding tawdry hookups. 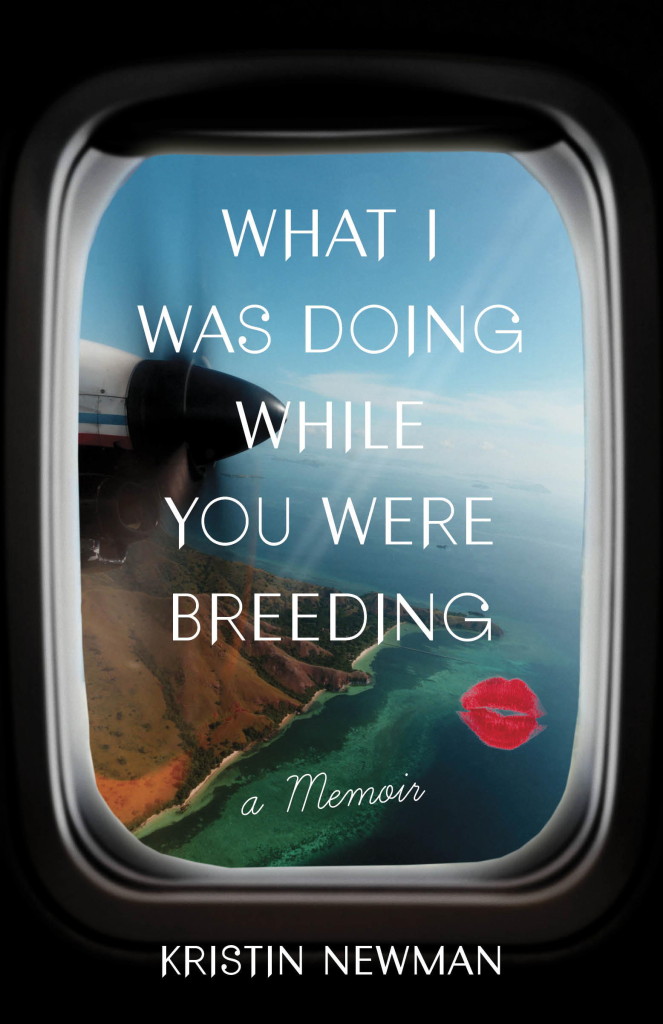 Rico Gagliano: So you were in your late 20s, you were a comedy writer in LA, and then this wanderlust grips you: to travel and essentially to become someone else. You call this other you ‘Kristin-Adjacent.’ What’s the difference between regular you and Kristin-Adjacent?

Kristin Newman: Well, I found that when I traveled by myself for the first time — specifically in countries that don’t speak English — I couldn’t talk, I couldn’t be funny, I couldn’t rada-tat-tat. I couldn’t work my ass off at a dinner party – which is why I’m so excited to be here, because my specialty is taking deep responsibility at a dinner party.

Rico Gagliano: For making it fun?

Kristin Newman: Yeah. And in other countries I couldn’t. I had to just sit quietly.

Rico Gagliano: So the you-adjacent is a quieter person?

Kristin Newman: Quieter, softer, less judgmental, because I would be lonely traveling alone. So it made you embrace everyone.

Brendan Francis Newnam: But someone listening to this, Kristin, might get the idea that this book is just a series of stories about you sitting quietly,  reading the Herald Tribune.  When that’s not the case!

Brendan Francis Newnam: Well one of the things you would whisper in someone’s ear is your philosophy: to go with the flow. Basically, “If you stumble into something amazing, then get rid of your day’s plans and go for it.”

Brendan Francis Newnam: What is your favorite example of that happening to you?

Kristin Newman: So, I’m obsessed with Argentina. I’ve gone several times. The second time I went, disasters kept happening. I had planned to go on this extraordinary trip that was going to take me to Busuanga, Tierra del Fuego… I was gonna get on a boat, I was going to go to Chile, I was gonna stay in beautiful resorts. And the morning that I woke up at 6am to get on my flight in Buenos Aires to go there, I realized that I had left my passport the night before. They let me go to Ushuaia, but they wouldn’t let me get on the boat to Chile because it’s out of the country.

Brendan Francis Newnam: Kristin-Adjacent!  What were you thinking?!

Kristin Newman: Yeah, what a mess, right? But I asked them to point me to a great local little hostel…

Kristin Newman: — The people love to travel! It turned into this three days that was the best travel magic I’ve had of my life. We all went out for St. Patrick’s Day in Ushuaia at the second-southernmost Irish bar in the world…

Brendan Francis Newnam: Kristin, enough, enough. We’re happy that you’ve been having a great time, and the book is filled with your amazing adventures, but we need your wisdom that you’ve gained over the years in your travels. Are you ready to answer our listener’s questions?

Nobody gets on a plane to be comfortable

Brendan Francis Newnam: All right. The first question comes from Krysta in Reno.  And Krysta writes:

“With what frequency is it acceptable to move about the cabin or go to the restroom on long flights without being a total jerk? I recently flew from Seoul to Los Angeles and didn’t get up the whole time since I was in the window seat and the two other people fell asleep. I guess the secondary question is, should I have woken them up?”

Kristin Newman: Well, I have a couple things to say about that. First of all, that is their problem. If they didn’t want to be interrupted, they should’ve picked the window seat. Also another option that I usually do: I just stand up on my seat and I walk over their armrests while they sleep, and they don’t wake up.

Brendan Francis Newnam: Oh yeah, you do the hermit crab.

Rico Gagliano: Is that seriously true?

Kristin Newman: That’s right. Yeah; I put my hands on the top of the seats and I just put one foot on the first armrest, my second foot on the second armrest, and then I land gracefully in the aisle.

Rico Gagliano: So now you have your hands on the seat backs of the people on either side of your row, aren’t you now waking those guys up by jostling their seats?

Kristin Newman: Hey guess what? If they didn’t want to be jostled, they would have sat in first class.

Brendan Francis Newnam: That’s right. You’re not responsible for the people that aren’t in your row.

Rico Gagliano: That sounds like that leads to chaos!

Kristin Newman: But you know what? No one gets on a plane expecting to be un-bothered and comfortable!

Rico Gagliano: Well that is true.

Brendan Francis Newnam: Yeah. Krista, you should feel okay going to the bathroom on an airplane flight.

Rico Gagliano: I can’t even imagine. How is that even physically possible? That’s like a 12 hour flight, right?

Kristin Newman: I know. I feel like she’s gonna get an infection.

Rico Gagliano: All right, here’s something from Chris Apps in Baltimore. He says: “Here’s a pre-World Cup etiquette question. In American conversation, is it pretentious to say football when referring to a game played using a round–”

Rico Gagliano: If you’re talking to another American, you have to call it soccer?

Kristin Newman: I will say though, if you are a foreigner with an adorable accent and you are in a bar and talking to an American girl, you can say football. Like, that is gonna get you what you’re looking for.

Rico Gagliano: Say it with as much flair as possible. Fútbol!

Brendan Francis Newnam: Kristin, I love how you’re so worldly and savvy, yet you still fall for all these tricks.

Kristin Newman: Immediately. An accent, especially in the Irish, oh! I worked with this Irishman last year — everybody called him ‘Irish,’ he was that Irish —

Kristin Newman: — And we found him adorable. And everyone on the set was furious, ’cause if they had said any of the things to us that he had said to everyone all the time, they would be sued.

Brendan Francis Newnam: All right, for our last question, this is a question that we ask most of our etiquette guests, and so we ask you: What is the most memorable get together you’ve been to?

Kristin Newman: Well, I would have to say it was a New Year’s Eve in Paris. My friend Pete Hike throws these gatherings every single year. Just kind of raises his hand in the air and says, “Everybody go to Paris or Brazil or Uruguay or Lisbon.”  And like, 50 people go or 100 people go. He’s just… he’s Ferris Bueller.  I call him “Ferris Bueller” in the book.

Kristin Newman: That’s right. It is a 1% sort of night I’m about to describe.

So his brother is a minister. An Episcopal minister in the American Cathedral in Paris. So Pete threw a party in his brother the priest’s apartment in the Cathedral, right off the Champs-Élysées. There were like 100 people from all over the world.

Rico Gagliano: Is that allowed?

Brendan Francis Newnam: I was raised Episcopal, guys. This is why my parents selected it.

Kristin Newman: It’s pretty fun. And you can get married. He’s married.

Brendan Francis Newnam: And you go to heaven when you’re done. It’s great.

Rico Gagliano: Wow, what a party.

Kristin Newman: The Deacon was there and witnessed one of my friends stripping down to his gold speedo, which is a New Year’s tradition. There was a Bond girl. There were Latvian models. There were members of the Algerian/Parisian mafia that Pete had met in Paris that week. And we all would teeter up in our stilettos with our champagne and our absinthe that Pete had smuggled in from Berlin, where he met the Bond girl on the plane…

Brendan Francis Newnam: I know — Kristin, you know what? This has been great.  But we have to let you go because we’re turning green with envy.

Brendan Francis Newnam: Kristin, thanks so much for telling our audience how to behave.

Kristin Newman: Get a lot of money everybody! That’s my advice!