Eddie Redmayne: Please don’t make me do that.

Eddie Redmayne: Literally, literally makes me start sweating. It was my biggest fear, making this film, was having to promote the film and people asking me questions about the intricacies of his theories. I’m not going to embarrass myself.

Brendan Francis Newnam: OK, I’m teasing. I’m teasing. But from reading other interviews you’ve done about this movie, you went to great lengths to kind of accurately portray Hawking and his deteriorating physical condition due to ALS. And you do a tremendous job projecting his mind and heart out of his kind of eroded body.

Brendan Francis Newnam: And a lot of the performance comes down to your eyes and just the mechanical… How does that work? How does an actor train or use their eyes to get across so much?

Eddie Redmayne: Well, the interesting thing is, when I met Stephen, even though he can use very few muscles, he has one of the most expressive and charismatic faces I’ve ever seen. And the way I describe it, it’s as if all of those facilities that one has, as an able bodied person, whether it’s gesture or even tone of voice, all of those, it’s as if all of those energies are channeled into those few muscles that he can use. And its minutia of expression is really formidable to sort of watch. So in the end, I wish I could say there was a better way, but I just had an iPad with all of the footage that I could find of Stephen, and I would wait for my wife to go to work, and I would sit in front of the mirror. And I would try and learn to sort of isolate those muscles that he uses. When he smiles, like when he smiles, like the world is a greater place. I worked on my smile.

Brendan Francis Newnam: And he does, you imbue him with a kind of a sly sense of humor, and a certain mirth, that I think comes as a surprise to people who haven’t seen documentaries of him. You know, there’s so much physical work that you had to do, as well as the kind of mental work of you know, this wasn’t shot chronologically. You’re doing different Hawkings at different times. Was there a trick that you did, I mean?

Eddie Redmayne: There, no there wasn’t, really. I worked with a dancer actually. I had about four months between when I was cast and when I started filming. And I thought I would try and learn the different stages of physicality. Because, as you said, we weren’t shooting chronologically. So you would have to jump into different periods of his life within the same day. I tried to learn the different stages of physicality like a dance, so that you would know the confines as it were, the sort of steps within which you were able to move. Within that, you could then find a freedom of expression. So, I don’t know if there was a trick. I could have done with a trick, actually.

Eddie Redmayne: Thank you. Next time I’ll go and search. 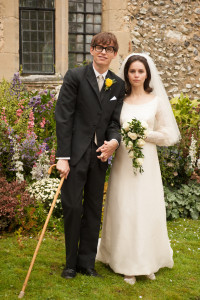 Brendan Francis Newnam: This movie is about love. How did you view, and I’m not, I know you’ve met Stephen and Jane a couple of times, but how did you view their relationship after reading the script, and did your view of it change as you made your way through the film, and even after the film?

Eddie Redmayne: I thought the relationship was pretty real. I mean, what it, as you said, it’s a love story. But what I, what I thought as intriguing about it, was it was like a scrutiny of love. It was in some ways a celebration and dissection of love in all its guises. So you have young, passionate love when they first meet. You then have, you have the love of subject matter for you know, for Jane and for Stephen. You then have family love and. But also the boundaries, the limitations of love. And so, through, really it was all there on the page, on Anthony McCarten’s script. And the more investigation I did, and the more time I spent with Jane and Stephen, who are good friends now despite everything that, you know, or in spite of everything they have been through, it’s a different type of love now, I suppose.

Brendan Francis Newnam: So you were also in the movie “My Week with Marilyn,” a movie that examines the life of another world-renowned figure, Marilyn Monroe.

Brendan Francis Newnam: And in this, you play a world-renowned figure. Now, I’m not saying you’re a world-renowned figure, but it’s undeniable that your profile has been raised quite a bit recently. Is there anything you learned from examining those two characters that maybe are some principles you’ve bought into your own life about how to process fame?

Eddie Redmayne: And he always said that if he could time travel, he would go back and meet her. He has a photo in his office of a Marilyn Monroe look alike and him in the foreground. She’s standing next to this car, and it was actually something we recreated in our film. It was my own like slightly ridiculous in-joke to myself. It was sort of, but, how do I, no I think…

Brendan Francis Newnam: You’re just winging it on your own.

Eddie Redmayne: I’m winging it. I have no idea what I’m doing. I’m just trying to put one foot in front of the other. 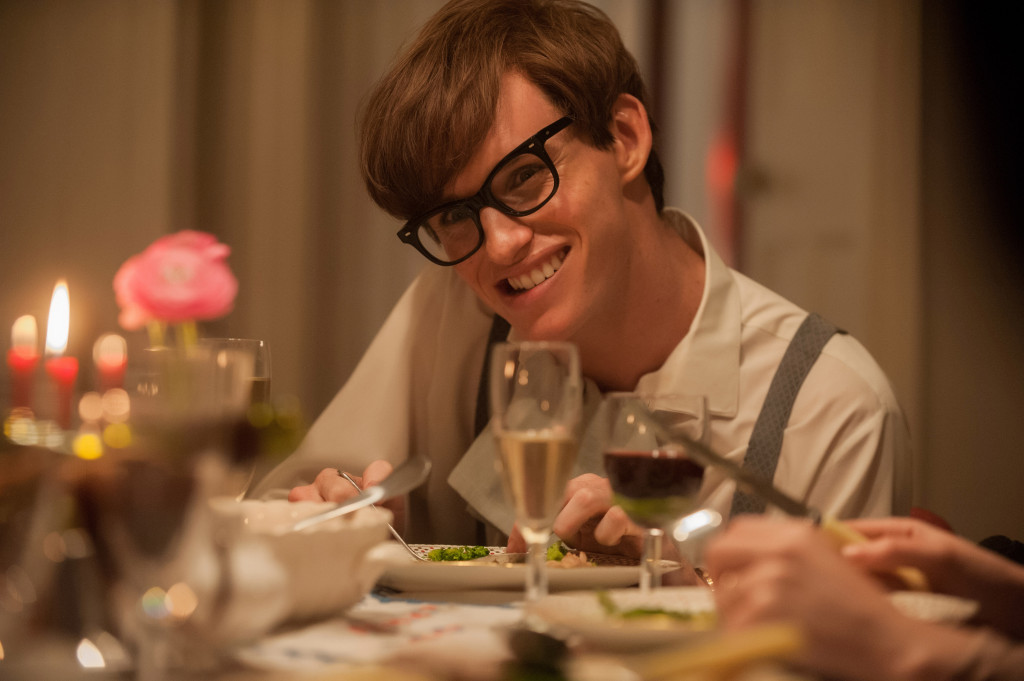 Brendan Francis Newnam: We had some reoccurring questions we ask some of our guests.

Brendan Francis Newnam: And one of them is, tell us something we don’t know. And this can be a personal fact you haven’t shared in interviews, or it can be kind of an interesting piece of trivia about the world.

Eddie Redmayne: Personal fact about me? Crikey. Scraping at the barrel here.

Brendan Francis Newnam: How about, I know you did a lot of research for this film. Is there an interesting fact about Stephen and his life that maybe didn’t make it on the screen?

Eddie Redmayne: One of my favorite stories of his was about, so, there was this wonderful nurse who works as part of his team. And she had a job interview with him. And she had literally just graduated from nursing school. And she was terrified. She was meeting Stephen Hawking. It was her first job interview. And she arrived there that morning, and really bricking it, kind of scared. And he asked her one question, which was, “Can you make poached eggs?” To which she responded yes and she got the job. And somehow in that, that one light conversation, summed up, just so much of his brilliance.

Brendan Francis Newnam: It captures his sense of humor. Was there another edge to that, whereas if she had a certain confidence to field that question, that’s the sort of person he wanted?

Eddie Redmayne: Maybe. I don’t know. But I feel like it was just a, sort of, it just showed his, his sort of confidence in himself in some ways as well.

Brendan Francis Newnam: Well I will turn the question back to you. Do you know how to make poached eggs?

Eddie Redmayne: No, I hate eggs. I literally can’t be dealing…the most eggy I can get is an omelet, like I’m having to sort of educate myself to like, but anything more eggy than that is my worst nightmare.