Rico Gagliano: All right, Margaret: Tell us something that we don’t know.

Margaret Atwood: Okay…  how about this: polar bears and grizzly bears are actually hybridizing.

Margaret Atwood: Well, you live in Los Angeles, don’t you? So I don’t think any polar bears are gonna come walking through your back door anytime soon.

Rico Gagliano: But just what we needed: another reason for people to move here. To escape —

Rico Gagliano: — By the mega-bears.

Margaret Atwood: I don’t think you’ve heard of the ‘gun’ word. It’s a thing where you pull something and there’s a bang.

Rico Gagliano: You think people’ll be more likely to fight off the mega bears than flee to So Cal?

Rico Gagliano: There’s your next novel, by the way. I think we just wrote it.

Brendan Francis Newnam: All right, our second question is “tell us something we don’t know” — something you haven’t talked about in interview before, or just an interesting fact about the world.

Daniel Radcliffe: Oh, interesting facts… Well, I mean… okay, so you know when you see a pub sign that says “Ye Olde Tavern” or whatever?

Daniel Radcliffe: Well the “ye”… everyone pronounces it “yee,” but it’s not. That “y” is actually a thing called a “thorn.”  It’s an old English letter, which is a combination of a “t” and an “h.”  And so you do still pronounce it “thee.” That “y” in that context amounts to a “th.”

Brendan Francis Newnam: And how do you know that fact?

Daniel Radcliffe: No, I think that was off “QI,” which is an English show that if you don’t know it, everyone should check it out. There’s lots of excerpts on YouTube.

And if you want a fact about myself that nobody knows, it’s that I know, by heart, all the lyrics to “The Real Slim Shady.” But I’m not gonna do it for you now.

Brendan Francis Newnam: Okay, so our second question is, tell us something we don’t know about you or the world at large. It could be an obscure fact or just an interesting personal fact you haven’t shared in interviews before.

Julia Stiles: Interesting fact: In a woman’s lifespan, when she dies, she will have consumed, on average. 10 pounds of lipstick.

Julia Stiles: Just from the little bits of licking your lips throughout your life.  10 pounds.

Brendan Francis Newnam: And then you do a lot of stage acting. There’s a lot of makeup involved in that.

Brendan Francis Newnam: So you could be like… we’re talking 15-20 pounds of lipstick consumption.

Rico Gagliano: Tell us something we don’t know.

Harmony Korine: Um… that I got third place in a pantomime contest when I was like 12.

Harmony Korine: Yeah, yeah. I mean I had never done it before?  But there was like an international pantomime contest, and I lived right up the street.  And I think I skateboarded up, and as a joke I just went out on the stage, I took a number.  I guess I threw out these moves that were pretty incredible, ’cause out of like 1,500 people… I still have this trophy: it says, “Third Place Pantomime- Belmont College.” 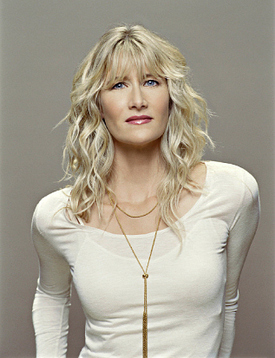 Brendan Francis Newnam:  Tell us something we don’t know, and it could be about you, or it could be an interesting fact about the world.

Laura Dern: My most embarrassing moment was: I was 12 years old, and my mother invited Scott Baio and his family over on New Year’s Eve.  And Scott Baio was the biggest heartthrob on television and on film at the time.

Brendan Francis Newnam: Scott Baio, most people know him from “Happy Days,” right? And then “Joanie Loves Chachi” and “Charles in Charge.” Who didn’t want Charles in charge of them?

Laura Dern: And I had been in my first movie with him, which was called “Foxes.” And I was so excited he was coming over.

He sat down on a couch in a white leisure suit. It was the year of “Saturday Night Fever,” and you know, he was beautiful and I was 12.

And, my dog passed him, and he was like cuddling her, and it was a very sweet moment, and I was so excited for him to meet my dog, and then I realized that my dog is in heat?  And she has… an “accident” all over Scott Baio’s pants.

Laura Dern: And even worse, someone standing there is like, “You know what’ll get that out is club soda.”  So suddenly all I know is I was 12, and I proceeded to have to clean it out of his pants with Perrier.

Laura Dern: So that is probably the most troubling thing that’s ever happened to me that no one knew until this week.

Brendan Francis Newnam: We have another question that we ask each of our guests, and that is, tell us something we don’t know. It can be something about you, or it could be kind of an obscure fact about the world.

William H. Macy: I might have said this before in an interview, but it never got printed because I’m the only one that cares.  And it’s not something we don’t know — it’s something we’d never thought of.

William H. Macy: You know when you’re watching television and at the bottom of the screen they have all these people run in and jump around try to get your attention and announce what’s coming next, and it always happens right at some climactic moment?

Brendan Francis Newnam: You mean those “overlays,” where they have the characters from the next show coming up?

William H. Macy: Yeah, and it used to be just a scroll announcing it, but now they have- they shrink the character down so he or she is about a quarter of the screen, and they’re leaping around waving their arms trying to get our attention.

Brendan Francis Newnam: I’m guessing that’s not the type of person you’d hang out with- a person who makes that decision.

Brendan Francis Newnam: I think you should find them, and they’ll be in a meeting or a party, and you just run up to them and interrupt them and say something completely —

William H. Macy: — Or wait until they’re giving a speech and just go up with some cards, you know? “I’ll be performing in ‘Shameless’ next weekend.”

Rico Gagliano: I’m wary of asking you, a sex advice columnist, this question: Tell us something we don’t know.

Dan Savage: Um, I’m a really good snowboarder. Which is a strange thing — you know, I was into musical

But at age 7, my son, who was a skateboarder already, decided he wanted to learn how to snowboard. And then that wasn’t good enough that he snowboarded, his Dads had to snowboard too.theater, Mama’s boy, home boy, my parents had 8-track tapes of all these Broadway shows and I memorized them all, and I didn’t play any team sports, and I wasn’t athletic… so I am like the least likely “What’s up dude, let’s go hit some powder!” human being on the planet.

Rico Gagliano: Well, did they have to? It doesn’t sound like you put up much of a fight.

Dan Savage: Oh, I fought. I had to be dragged up the mountain. I hated it. And then I somehow did it once, and I was like: “Oh. This is awesome.”

And now, the only different between me and everybody else snowboarding is everyone’s got their headphones on, and their earbuds, and they’re all listening to rap, or listening to God-knows-what, and I am literally going down the mountain listening to “Gypsy.”  [sings:] “If Mama was married/I’d live in a house…” as I carve.